Shifting Focus: The Vital Importance of Small-Town Ministry And the Pastors Who Lead There. 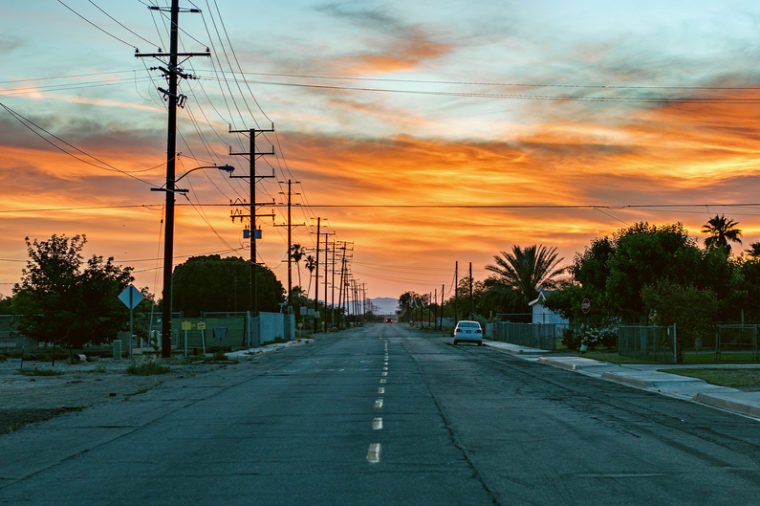 It has sort of become a “Where were you when” moment for me, that is, I remember that I was taking a break from working on a research paper on the influence of Philip Schaff on Dr. Vanhoozer’s Reforming Catholic Confession (catholic referring to the universal church) and a critique of his idea of “Neo-Catholicity.” When I stumbled across an article from Church Leaders (Liberty University) about Andy Stanley’s comment about the selfishness of parents who take their kids to small country churches instead of mega churches like his. He has since apologized for the statement, but the statement is not easily forgotten, especially as a kid who grew up in small churches in small towns.

Of course, the full name of my Bachelor’s degree is: Bachelors’ of Arts in Christian Education and Administration with a concentration in Urban Ministry. Like so many of my colleagues I was ready to go plant a church in the inner-city, be the next Tim Keller. I went to Denver for a summer and fell in love with city-life and with doing ministry there among the homeless population and youth from families coming off the street. It was the first time I experienced a truly multi-ethnic setting as an adult and the first time I was confronted with extreme poverty and homelessness. God used that summer to stretch and break me and to eventually call me into the full-time pastoral ministry, a call on my life that was fulfilled in November as I accepted a call to First Congregational Church of Buffalo Center IA.

But hold up…. Buffalo Center…” I can’t find it on a map, didn’t you just write a paragraph about loving Urban Ministry?”

It is true, Buffalo Center is a small town in Northern Iowa, the closest city is Mason City (also known as River City for those of you who love musicals). The closest major city is Minniapolis/St. Paul. My youth pastor in high school described Sterling as a small town at the intersection of four cornfields, that description pretty much applies to BC as well, Sterling boasted 2000 inhabitants when the students were there, BC is just nearing 1,000 residents, both are much, much smaller than Denver or my current city of Boston. If I follow Stanley’s logic, I suppose I am being selfish, not taking a larger church with more resources. That of course assumes, that I, a rookie with two total years in a part-time pastorate after college was applying to churches above 100 members.

The hard truth that the church is dealing with now is that the cities have been over-evangelized and over churched. Resources have been pouring into the big cities from churches in other big cities while the small-town churches and pastors often feel neglected. Everyone wants to copy what Keller has done in New York City with Redeemer, which is good, the City to City movement has done amazing things with the Holy Spirit reaping more and more fruit each year. Meanwhile, there is a town one and half hour from here that only has one church remaining. Contrast that with Boston where Park Street’s steeple is just one of many steeples including Old North Church and other historic churches.

I get the draw of the big city, and I know the argument of going where the people are, but I think that leads us to forget that there are people who do not live in the major cities, that our small towns are actually quite full of people and some, like BC are actually doing quite well all things considered. Not only that, the churches there do as much if not more for their surrounding communities than some large churches in our big cities. This is not to say we need to abandon urban and suburban ministry for rural, we do not need to neglect the city in favor of the small towns and small churches, but we do need a more balanced way of working together and distributing resources, financial and otherwise.

To some extent this is already happening, Church Planter and Revitalizer Ed Stetzer has made a point to begin emphasizing the importance of small town ministry and we are seeing more and more Small-Town Summit’s pop up that create networking opportunities for small town pastors who often feel alone, forgotten and isolated. The Gospel Coalition has come on board and supported these summits, committing to help provide networking and care for small churches. In a denomination like the CCCC most of us pastor in small towns and need the connections with other pastors we have not historically been able to get.

Small town ministry is hard, not because one is as busy as urban pastors can become (though it comes with its own demands on time and challenges) but because it can be extremely lonely and isolating for the pastor and their family. One of the things that attracted me to BC was that one of the first things the head of the search committee said to me as we sat in Cracker Barrel in Minnesota after he had picked me up from the Airport was that he understood that they were calling a young family to a small town and that it could get lonely and that they were conscious of that and wanted to make sure I knew that they would care for us as I cared for them. So far, even before we arrive, they have done just that.

One of the reasons I chose the CCCC was their emphasis on pastoral care, when I was in the ABC they were just beginning to figure it out, but the CCCC emphasizes it. They understand that one of the crisis the American Church is facing is that too many of our pastors are burned out or ill-equipped or struggling with depression or mental illness. Struggles that are not unique to either Urban or Rural settings, that for a pastor be an effective teacher, leader, encourager and engage in effective and meaningful care of their congregations, they need to be cared for as well and be caring for themselves. As Christendom has disintegrated, it seems so has the idea that pastors are superhuman. Still, ministry in any setting is one of the hardest callings you can receive and one that requires the most humility and grace. Pastors often see people at their worst and sitting with that without proper spiritual formation or relationship with God, both leading to care by the spirit, through the word and the ministry of others to the pastor.

That being said, we cannot, nor should we have ever neglected the rural church. Not only was doing so neglecting a vital part of the body, but has also been an adoption of big city attitudes towards the rural communities. Namely, to overlook, look down on and demean the people who live in small towns but do vital work such as farming, trucking, refining and so on. Stanley just vocalized what many have acted out, showing how disconnected we can become when we focus on our own contingent. The Church, in contrast, is meant to operate as a global body with all parts and members communicating and working together for the advance of the Gospel in word and deed. That means we have to equally work within the cities and the small towns and make sure we know the needs unique to each. Especially in an age where the Church has lost its power and influence in most places. We no longer have the luxury of seeing to our own specific part of the world, our city our town.

We need to find a way to support all churches at the level of their need. Is a church struggling financially? A few churches that are not may be able to help them out. Is a pastor burned out? There are many places around the country and the world that provide comfort and rest for burned out pastors to come and recover. Pastors of larger churches can check in with pastors from smaller churches and congregations can, through their deacons and elders, take stock of their pastors needs and health, both physical and mental. We can work together to be the church as God designed it to be, One, Holy, Catholic and Apostolic. Who cares for all its members while caring to those outside, whether they live in big cities or small-towns?

Stanley, as he has admitted, is wrong to think that parents who attend small churches are selfish. If anything, they find themselves in a smaller group that is sincere and loving and cares for them in the ways they need to be cared for. More resources does not always mean right resources or better equipped. We need to invest in small town churches and small town ministry so that those who call them home feel connected and cared for by the body as a whole and so that the pastors who care for them do not suffer from the isolation that still causes many to burn out early in their ministries.

There is so much work to do, but the Spirit is working, let us be open to it.