What Wheaton (and others) have Taught us about Getting Along. 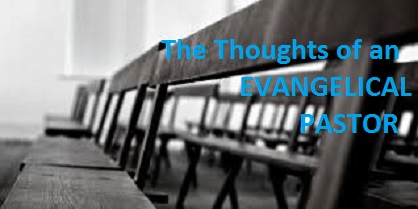 In case you missed it, a professor at Wheaton College was fired for posting what one Wheaton representative called a “nocuous article” which asserted that Muslims, Christmas and Jews worship the same God. The article was written from the historical premise that Abraham was the father of both Isaac, from whom Israel descended and then Christianity and also the father of Ishmael who people of Muslim faith can trace their historical roots to. The article makes some interesting points, and as a discussion piece, it is hard to find anything wrong with the argument. I suppose one could find theological issue with the article, but the professor, in a letter written to the university, explains what is rather sound doctrine on the Christian God and Trinity, addressing her argument as historical, rather than theological, in nature. The professor was released from her teaching duties and Wheaton defined their very Orthodox and Sound Trinitarian theology. While attempting to draw a healthy line between a Conservative Evangelical Worldview. God’s Heart can find nothing wrong with this, despite media portrayal of the situation.

This coming just a week after the controversial statements made by Michelle Higgins at InterVarsity’s Urbana comments. A topic that we have covered at God’s Heart since the news broke. And which has had my own close circle buzzing with debate and discussion since we all returned to Seminary.

Parallel these issues with the continued debate over gun control and planned parenthood and you have one heck of a mess. Which should not surprise us, given that we live in a fallen, depraved world that promotes the desires of the individual over what is truly best for the society. Where voices have to be heard, where presidents cry and churches are criticized for not doing what they are already doing.

We toss about the most un-informed opinions, not stopping to check those facts behind those thoughts. We share Memes on Facebook that openly malign other opinions. We stop thinking, we let others think for us and then we just regurgitate the popular lines in hopes that our cause will be heard and justice delivered. And when that does not happen we strike at the throat of our brothers and sisters for not working harder to help us maintain our goals and for having a different opinion than us.

In the classrooms of most modern universities this is no different, students sue professors for thinking adversely to them. Colleges have to create a “Safe Place” for students who do not want to hear a viewpoint that differs from their own. So professors stop teaching dissenting viewpoints in favor of pleasing their audiences. They are not taught to think, they are not taught to challenge their norms, they are encouraged to stay within their own mindset, closeminded as it may be.

Whether we are talking about Christian Circles or Secular Circles the picture is the same and the question must be asked; can we live like this?

I have a very dear friend, whom I have known for many, many years. We are both believers, but come down on very different sides of the political spectrum. Before we closed 10:31 Life Ministries last year she was a part of our staff. One day another friend came to me and said “Do you know what she supports?” as if there was some big scandal that I was missing on her Facebook page. I told the person that I was well aware of this persons political leanings but did not see why that should exclude a person from ministry. Yes, 10:31 was operated by a Conservative Evangelical and Reformed Theologian, but that did not mean we wanted to hire people that thought like us. On the contrary, I wanted people that would disagree with me, it was after all meant to be a time of growth for me as well as them. Having been on both sides of the theological spectrum, from Liberal, to Fundamentalism until I finally settled on reformed I thought it important to surround myself with people with differing perspectives. While it was true that most of our members were Reformed we did have a fairly healthy group of thinkers by the time we closed our doors.

I did not want to fall into what so many others in the modern world have succumb too, to follow my ideological tribe in hopes of having my ego patted. Yes, I am a conservative Evangelical and a Reformed Theologian, but that does not give me the right to not listen to other men and women of faith and thought because they do not agree with me. I found that absurd and a hindrance to my own education.

Think about it, if you want to have and hold to a strong worldview what does that require of you? It requires you to actually have some idea of what it is you do not agree with. No worldview can truly be considered solid unless one has listened to views that do not line up with that worldview to which they cling. A worldview that is not based on deep thought and reason and even faith can be unraveled quite quickly by the man who has studied. The man who becomes a Christian later in life and forms a Christian Worldview can speak to that other lifestyle and worldview because he has lived it. The Christian who is raised to be a believer has to study behavior and texts to grab an understanding of the secular world. Regardless it is hard to hold a well-formed Christian worldview unless you have studied the alternative and have developed proofs for why your worldview is the better one. Even then you cannot shut out dissenting worldviews and refuse to acknowledge existence.

Unfortunately, this is precisely what happens. We become so convinced that we are right and everyone else is wrong that we isolate ourselves from anyone who might think differently than us. This is dangerous, one because it denies us the benefit of testing our worldview against other viewpoints and, if there is some flaw in doctrine or thought it cannot be exposed and we cannot then deal with it and thus perpetuate it with those who follow us. Secondly we cut ourselves off from true and genuine community, in all reality if someone agrees with you on every point there is a problem, either you have manipulated them into that position, or they are trying to please you. This may not be the case in all instances, but it rare to find people who agree on everything you do.

I do not agree on everything with my closest friends, nor would I want to, most of us do have similar values, but the ones that do not, respect my ability to think differently from them and I respect theirs. Had I rejected the friend mentioned above based on Political Leaning I would have denied myself seven years of close, incredible friendship that has been one of the biggest blessings of God in my life. It is not my job to drag people down an ideological rabbit whole, especially on matters of opinion. It is my job to teach the Gospel and correct false teaching and doctrine when it comes up. For that to be done in righteousness I must surrender myself to learning the mind and heart of GOD and seek to live by the Holy Spirit inside. I can encourage and reason out a worldview with someone, but to demand that they come and join my tribe would simply drive them away rather than draw them in. I do not want proselyte converts, I want disciples of Jesus Christ and students of the Word of God. Men and women who are being made righteous through sanctification by the Spirit, not drones who are going to agree with every word out of my mouth.

My views and thoughts come from long hours reasoning and debating, being sharpened by my brothers and sisters in Christ and by those who are not of the Christian Faith. For the sake of retaining honest dialogue and for the sake of Evangelism, forming a well-rounded apologetic and for the true betterment of one another.

We need others challenging every thought and for that we need others, especially those who think differently then us. It is okay to have friends who are like minded, in fact it is also encouraged, but if those you surround yourself with those who only think like you, how will you ever grow.