Faulkner on the Fifth: Andy Stanley, John Kasich, update on writing and music. 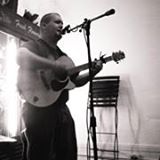 In this series Jonathan answers five questions from myself to either update you on current happenings at God’s Heart as well as any other issues we have chosen not to address in article.

Q: Alright, we’re going to jump right into it, readers have noticed that after your original reaction you have been silent on Andy Stanly’s comments on “Small Churches” while other popular websites have addressed it. Why is that?

A: Let me start by reminding my readers that I pastored one of those small churches that Stanley was talking about. That being said when I first read the article I was extremely put off by it. However, at the end of the article, which I read on Church Leaders Website, acknowledged that he apologized for his comments. Thus I can forgive him and move on. We have also seen numerous other groups come out and Demonize Stanley for his comments, disregarding the apology completely, making him out to be some kind of monster. I believe that it would be contrary to, and undermine the purpose and goal of God’s Heart For Those to attack Stanley, especially after he apologized. I also do not see this as an issue, the size of your church is not important to me, small church or large church, God uses them, they serve a purpose in the Kingdom. Others are allowed to think differently than me on that. It is not an issue of salvation, it is not a matter or persuasion, it is an opinion and he’s allowed to give it. I refuse to play the game of snubbing someone for what they have apologized for. As far as I know this is the first time Andy Stanley has said anything outrageous, his record would seem to speak for itself. Leave the man alone.

Q: What is the purpose and intention of God’s Heart For Those?

Our purpose is two-fold, one to provide practical advice and wisdom for those who desire to do ministry, building up the flock through encouragement and exhortation. A Spiritual cheering on and teaching, if you will, as I go through the start of what I hope to be a career in Ministry. The second purpose is to warn the flock against potentially abusive groups or teachings or teachers that are teaching contrary to scripture but to address them in such a way that we do not demonize them or rebuke them in such a way that others demonize them. The goal for such writings is restoration, that is our desire.

Q: During Super Tuesday you encouraged readers to vote for John Kasich. What makes Kasich a good candidate in your mind?

I first heard Kasich speak on Meet the Press last August, at the time I only knew he was the popular governor or Ohio. Unlike all the other candidates I heard that morning he was ready and willing and able to comment on the actual issues facing the American people. I said then that he would make a great candidate. As time went on and the fiasco we are calling politics became increasingly like a circus I watched Kasich continue to do just that, talk about the issues. It meant less airtime and less media attention, but people kept dropping out and he kept gaining popularity. He has consistently addressed actual issues and has a record of success as a politician, something no one else in this presidential race has with the exception of (maybe) Ben Carson. Now, I know he is in third place, but we may be heading for a Brokered Convention and that could be good for Mr. Kasich. His striving for peaceful solutions to current racial tensions and hate-mongering perpetuated by the Trump Campaign is quite attractive as well.

Q: How are the current writing projects coming?

Mozzaratt’s Palace, the first of four planned books is done. It will go to the editing phase over the summer and potentially be out by December if we can get everything worked out with Kindle Publishing. I have started working on a deeper outline for the second book as I need a break from the first book before I begin editing it. I continue, in my free time to research for two books, one on reconciliation and another on a popular Science Fiction series, so that keeps me busy outside of Seminary Life.

Q: Any new developments with the music projects you’ve been working on?

Only in that I have been extremely busy playing in various functions here at Gordon-Conwell, worship and chapel bands. The three brothers we did the Reggae video with and I are planning to get together to have another Jam session. The Type A EP has been put on hold for the time being because I need to fix the software. I did just replace my electric guitar and picked up a Banjo while I was at it, I am going to learn how to play it, this will be fun.

Bradly Tucker is the Content Editor for God’s Heart For Those.

Blind Eyes Perceive Much:
The Fruit of Joshua’s Ministry.