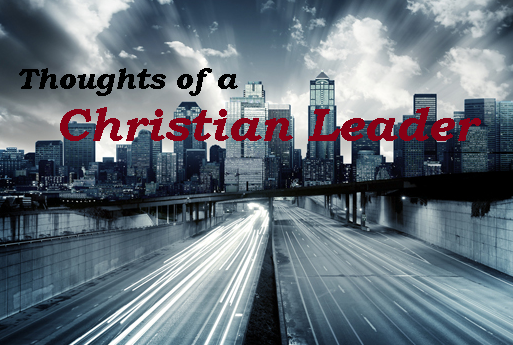 Last week I read a viral post about why we need to get back to teaching Apologetics and Catechism. Needless to say I agree, adding to that, teaching the theology behind the Liturgy as well as adopting a strong Sacramental Theology that has largely lacked in Protestanism since the Puritan writer of the 18th century (but more on that later). The article was in response to a Pew Study on the reasons young people were leaving the church. Both articles are very good and I recommend following the links below.

For my own personal experience I have a good brother in Christ who is against the teaching of Apologetics because he sees it as man reaching for God instead of God reaching for man. I took Apologetics in undergrad and consider myself a Cumulative Case Apologist because I have the ability to call on multiple sources. I tend to agree with Dr. Gordon Fee and William Laine Craig. The word of God testifies and proves its own claims of truth (Presupposition or Classical Apologetics) but why not draw on all the other sources available (Cumulative Case).

For my part I have also been surprised about how little those who do leave the church actually know (in-spite of boisterous claims to the contrary). Whether it is those who simply subscribe to Deism or become Militant Atheists and those in the church who practice Liberal Theology who espouse the “Religion is divisive dogma.” None of them truly know enough about Scripture to even make the charges they are making against God or against His Covenant People as described in the Old Testament.

I suppose it is no surprise that most who turn away from the faith so militantly came out of Fundamentalist, Dispensational Churches which teach that we can know the things of God and go farther than any Puritan would dream in cheapening Sacrificial Theology. But who lean heavily on presupposition and a literal interpretation. Not that Presupposing Scripture is true is a bad thing, indeed every apologist must presuppose that what he is teaching is true, but reading everything in scripture literally leads to crazy things like the Creation Museum in Cincinnati.

Without understanding the historical situation, I have heard people say “God wants us to kill off 1/3 of the planet.” Without understanding the purposes of certain laws people have accused God of things such as Misogyny and Murder. The arguments are all completely illogical and based in complete emotion. From people who spend most of their time posting hateful memes aimed at a God they do not believe in.

Had they been taught Apologetics, especially Cumulative Case, which relies on Historical Data & Philosophy working with Scripture. If you understand that the land Israel was inheriting was full of people who for three generations (Abraham, Isaac & Jacob) had seen God’s blessing on those He’d set apart and not repented of things like Child Sacrifice, Misogyny, blood-letting rituals and many other practices that had little regard for the sanctity of life. A culture that made even the Romans (who practiced Pedophia) blush with shame. In fact, the Romans destroyed Carthage in 146 B.C, finally putting an end to the Canaanite Culture that Israel was supposed to put an end to long before.

Failing also to consider that woman in Canaanite culture were little more than property and could be treated and disposed of however the men liked to. A woman who was raped in Canaan was now considered worthless and would be tossed out into the street (Judges 19 gives us an example of Israel adopting Canaanite attitudes towards women). So when God instructs in the law that a rapist should pay the father a bride price and take her as his bride God is assigning value to the woman and forcing the man to take responsibility for his actions. Making it an act of mercy and extremely countercultural to a world that would kill the woman for being impure because of the man’s actions. Woman have value and are protected under the law and under the New Covenant, holding a special place in God’s Heart and Jesus Ministry. Hence, within Christian Faith: “There is no Jew or Greek, Male or Female” (Gal. 3:28) and Husbands are commanded to: “love your wives, and do not deal harshly with them” (Col 3:19) and “Love your wives as Christ loves the Church” (Eph 5:23).

Another problem with those who espouse these beliefs is that they try to say; “If you really believe the things in the law you should practice them today.” Let’s be honest, there are better ways to deal with crimes like Rape today, we have prisons, something that did not exist in Canaan (remember, Joseph was thrown into a pit, Gen 37:24). We also have laws that dictate certain punishments for rapists or those caught holding slaves or murders or whatever crime you want to name. When the system works (unfortunately there have been examples in the media lately where rapists have been let slide for ludicrous reasons), those people are held accountable for their actions.

Honestly, Militant Atheists sound like those who advocate for Theonomy, and would feel at home under the teachings of Paul Tilich and Ian Murray who believe Mosaic Law should be taught and kept in modern societies. A Reconstructionist idea that rejects the reformed ideas that the Civil and Sacrificial laws are fulfilled in Christ and are no longer applicable in today’s society. The Civil law does teach us there is a way to live with people (with respect and dignity, taking responsibility for wrong actions) but we have better ways of dealing with crimes like Rape and Murder. Granted, a do think a Rapist should be made to account for his crimes, make a sincere apology and maybe even be forced to make reparations to the girl and her family, but all of this as part of sentencing which should include substantial (15-20 years) jail time.

Note: Christians still follow the 10 Commandments as Jesus upholds and even expands them beyond external expression to inward, spiritual life only attainable through a life lived in the Holy Spirit as laid out in the Sermon on the Mount in Matthew 5-7 and by Paul in Romans1-10

I can explain all this to you, I can bring you this logical and reasonable argument because I have studied the context by which Scripture was speaking into. God, though outside of time and not constrained by time, was writing into a specific culture through divine inspiration of men like Moses (Old Testament) and Paul (New Testament). It is reasonable to assume that there are things in the law that are counter to that culture and are not normative to our culture (the Maiyans were the last major world culture to practice mass child sacrifice, which again, made Pagan Rome blush).

This is also why we need to have intellectuals in our churches teaching our children Catechism and preparing them to respond to the arguments that people will bring against God and against them. Solid men and women of faith who can hear the arguments of those insolently apposed to Christian Faith and respond in a way that is rational and respectful. Who know, not just about the bible and about the God of the bible, as the fundamentalists think they do, but the specific situations and goings-on of the time periods. Not experts, but those who devoted themselves to studying scripture all considering all that must be considered to truly understand that which is being said.

Then we need them to teach our children to do the same, so that the great legacy of faith may continue through the next generation and beyond.

Why young people are leaving the Church

Encyclopedia of the Bible

A Cardassian and a Bajoran walk into a Bar: Star Trek and Reconciliation.
10 Words of Wisdom for New College Students/Graduate Students.