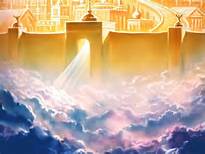 Few things are more disconcerting than waking up to a strange man in your room. Especially when you’re staying with total strangers in the final days leading up to your wedding. I suppose it makes it better that the person is trusted by your bride but I also suppose though that hearing “Rachel is coming to get you, something about your grandfather” cancels that small detail out. Here it was, 2:30 in the morning on the Sunday of the rehearsal dinner and my bride was giving me a hug and telling me “He’s gone Jonathan, your grandfather is gone.” She was telling me that my grandfather, at 84 years old, my mother’s father had passed away at around 2AM from a heart attack and that the family was gathering at the house they were staying at.

He had got up to use the bathroom and then, he was gone. My grandmother’s host called 911 and the cop tried CPR, then my now father-in-law arrived to try CPR as well. They EMT’s arrived and took him to the hospital with a weak pulse. By the time I arrived mom and dad, mom and dad’s host, Grandma and her host, my father-in-law and the police were gathered. My other siblings were two hours away in the North Shore, waiting to make the trek out to western Mass for the rehearsal dinner. My bride had told me that both mothers had said that the wedding was going to go on despite this lost and we sat there, I held my mom’s hand and she held her mom’s hand. The general feeling in the room was shock. I hugged my grandmother and told her I loved her and she told me she loved me and that grandpa loved me too. This was something I did not doubt give the frequent trips to the farm during college and after college. My grandmother was holding up very well and had the line of the weekend when she said: “A 64 year marriage has ended and a new one is about to begin.”

Sixty-four years. I have barely been married for four days and at this point I can barely imagine what we will be like 64 years from now, something I do very much hope we see. My grandfather had stepped out of the limited joy and happiness of an earthly marriage into the Marriage Supper of the Lamb. He was seeing Christ and, as my father-in-law said during the wedding charge: “That ice-cream may have tasted good on earth, but it is nothing compared to what he is tasting now.” Two weddings began that day: my grandfather, as a member of the Church and Bride of Christ and the wedding of Jonathan and Rachel Faulkner. Beautifully enough we celebrate my younger brother’s marriage to his wonderful bride in September. That will be a continued celebration of the new life and reflection on the coming marriage that my grandfather is now enjoying and we will one day enjoy.

He was a wise man, most of the time, a strong man all the time. He taught me about the importance of hard work and how to do hard work. Going to the farm both as a kid and then later as an adult often meant helping with chores around the farm house. Through his daughter, my mother, he taught me to appreciate the process of earning a living. He taught me how to ride a horse and how to shake a man’s hand. He served his country during the Korean War, worked as a trucker, a farmer, and a man of God. We did not see eye to eye on everything. What believer does? We came from separate generations and different times, but I looked up to him and learned from him just the same.

Most importantly though, the lesson I will always remember, the thing I will look on with the most fondness is this: he taught me, through observation, how to love your wife as Christ does and care for her. As my Grandmother poured herself out, caring for the sick and dying over a long career, and later as a companion and friend to those getting up in age, he stood by her side and loved and cared for her, even as she aged. They did not have a perfect marriage, but they did have a godly one. Every morning they would rise and get ready for the day and meet at the breakfast table to read scripture together and pray.  They would each choose their own passage to read through and then they would read from their daily bread. Then they would take turns praying for every single member of their family they could remember to pray for or who needed prayer. I believe that Satan ran for cover when my grandparents prayed, especially my grandmother.

One day, after breakfast, as Grandmother sat there with curlers in her hair, wearing her nightgown, he turned to me and said “You know, I have married the most beautiful woman in the entire world. She just gets more beautiful by the day.” On another occasion, he said: “You know, after 62 years I still learn more and more about her every single day.” There are so many memories. There are so many stories to tell you: listening to Frank Sinatra and Gene Autry, or going to church in Illinois, getting picked up at the train station in Fort Madison, watching thunderstorms roll across the plain with their great power and destruction, or the time my cousin and I broke some windows he was going to sell and learned what it meant to be up a creek without a paddle.

There are so many memories. There is so much to remember.

I loved that man and he loved me. I learned from him things that he may not have wanted to teach. I enjoyed many laughs and even some tears with them. He and grandma were there for me after the brain injury and their home was always a place where we could experience the peace of the Christ.

I will miss him, but his memory will live on forever, and he will enjoy his Savior and worship Him.  One day I will join him in that great and joyous endeavor.

The morning that he passed, someone asked my grandma what advice she had for the newlyweds and her simple response was “Keep God first.” I believe my grandpa would have spoken the same words if he had been asked.

I loved him, and I will miss him, but one day we will all see him again and that is the great hope of the Christian.  Death on earth is not the end, and  there is an eternity that we will one day enjoy: the great marriage feast that my grandfather is now enjoying.
Rest in Peace Walter Whitson. (1933-2017)

avid Faulkner is a Graduate student at Gordon-Conwell Theological Seminary working on Masters in Divinity and Church History, a Pastor, Musician and Writer. He holds a Bachelor’s Degree in Christian Education & Administration with a concentration in Urban Ministry. He lives with his wife Rachel in the North Shore of Boston.

When I say; “I love the Church”
Crucify the False Teachers