My Baby Had Feet 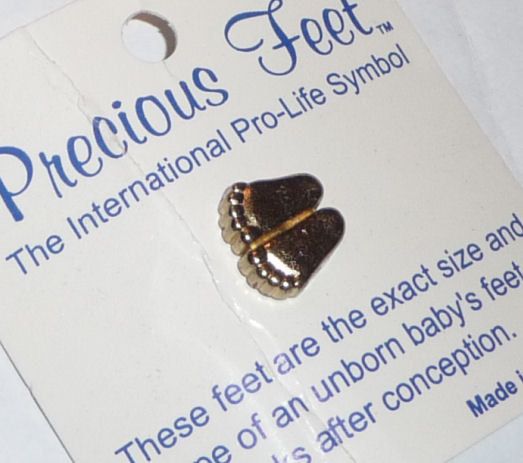 No matter how you look at it, a miscarriage is unfair. By that I mean, you spend a few weeks starting to bond, your wife, more so than you, with the baby, anticipating, making plans, getting information on hospital visits and maybe even rearranging your small apartment. Then one night, your wife wakes you up with cramping and says: “We need to go to the ER” and you do, hoping it was just something associated with the uterus expanding and you pray it’s nothing worse. Because you do not want to believe that you could very possibly be losing or, have lost, your baby. You want to believe that the statistic that 20% of first pregnancies end in miscarriage won’t apply to you. After all, you may have even seen the baby, had an ultrasound picture already. Seen the heart beating, the placenta starting to form, a perfectly healthy human baby forming inside of your wife. You want to hope for the best, and then the doctor comes in and smashes those hopes with the fireman’s axe hanging on the wall outside your room. or at least, that’s how  it seems. The placenta never completely formed, and the fetal heartbeat, once vibrant and strong, has stopped and your baby has stopped developing.

Now you have the options, and none of them are good: have surgery, let the miscarriage pass naturally or take drugs to help the miscarriage along. Then a week later go in for another ultrasound to make sure that the “fetal material” that once made up your baby, is completely gone from your wife’s system. Having to once again come to grips with the fact that this is reality. Your once growing and developing baby is gone, the womb that nourished it, empty and the grief, the pain, the frustration and anger is now so close you feel trapped, weighted down by it, left with panic attacks, nightmares and fears for you and your wife’s safety. If you chose to speak of it people may bring you meals, sit with you, take long walks with you, hold you, care for you, love on you. A whole community of people may come around you. But that also may not happen. You also may have to face it all alone. Your husband may feel isolated. You may feel isolated. People will, and I mean will, say things that they think are comforting but really only recall the pain in force.

You know what I mean:

“Maybe the child had some disability”

And so on and so forth, none of which are comforting because you wanted that baby, you carried that baby or fathered that baby and now you only have an ultrasound photo, if that, of your baby. You don’t really care about having another at that moment because the one who had is gone and you can’t get them back. You might even name the child, which prompts a few raised eyebrows and questions from family and neighbors and fellow grievers, but it helps the grieving process. It helps to name what was lost and what was lost was inarguably human. Milestones come, like the day you were going to announce the pregnancy, and the grief hurts and hurts some more.

This has been our experience over the last three weeks, since my wife woke me up on an unseasonably warm February morning and we spent the next five hours in the ER and they told us we had lost our baby. We were now a statistic, the 1 in the 1 in 5, we had lost our baby and with it all the hopes and dreams and plans of parenting a child on this Earth. That day our pastor and care elder came by, friends, family in the area. My wife completed the miscarriage on the drugs around seven that night. She even saw our child, something that they told us would not happen, but the head, feet and umbilical cord were clearly visible. A day of tears, sorrow, frustration, anger and contrarily to those things, love, had ended and we went to bed feeling weighed down from the sorrow of the day. On the following morning my wife went to her parents to recover and I saw to the duties of the household. I had visitations from friends and pastors and faculty. Friends took me out for drinks, I hung out with some of the kids we babysit for, therapeutic in its own right. It was a dark day, but a better day then it could have been.

See, as a Historian I know I can track trends and look at things that happened in history and say: “Oh this was a good thing,” or “This one was bad.” In the case of miscarriage and how we deal with it, or even talk about it, especially in the Church, I would have to say that this is a place we have failed each other. My wife and I chose to make our suffering public, after all, we are public people, me as a pastor and teacher and a member of student government here on campus. We chose to reach out and to ask for prayer and for grace and for help. We cried out to God, and He surrounded us with people who came to our aid in more ways than we could have expected. But we understand that we are the exception, not the norm. We know that there is a stigma against talking about miscarriage or child-loss in general. We don’t talk about it. Instead it tends to be covered up, put in the shadows and covered in a blanket of shame.

Even as those who have experienced it wonder what they may have done wrong to cause this terrible thing. The rumor mill has done its damage along the same lines because we do not come out and discuss or come around those who have miscarried and show support and love. On the flip side, the mothers may have all the support in the world, but the fathers are forced into isolation. Members of a support group my wife is a part of talk consistently about how there is no support for their husbands. It is a fallacy that a husband does not feel anything after a miscarriage. We feel a lot. We hurt. Though we may be stoic or silent, many times we are trying to make sure our wives are okay so we can move on to stage two of our grief. Still, no such support group for husbands exist on Facebook, that I have been able to find yet and that is heart breaking.

In the case of the above, it is hardly easy to say to people that you miscarried and it is no fault of your own, even though literally it is not your fault, medically, spiritually, emotionally, it is not your fault and it is not your husbands fault either. They have no way of knowing what causes a baby to just stop forming, they can find the point where it happened, the genetic defect that caused the death, but not what caused the initial misstep in the formation. Also, husbands do need support, they feel the weight of what has been lost, they had hopes and dreams for their child who is now in heaven.

And that’s just it, we have lost a child, a living human being whom my wife and I named Shalom. A baby that would have been our pride and joy but whose face we never got to see. We had a baby, and that baby had feet. Yes, my baby had feet and because of that I am a father, I am the father of a child in heaven and as hard as it is right now, as angry as I still get about losing our child I still get, I have this hope that one day I will get to heaven and see my child. I don’t care if you do not think this is theologically sound or if you’re reading this and scoffing because you do not believe a fetus isn’t a baby or if you do not think this kind of thing shouldn’t be talked about. I need to talk about this and I need to reach out to other husbands and fathers who have gone through this, to let them know they are not alone and that it is okay to call themselves fathers. Because silence in regards to a miscarriage has kept a lot of people from getting legitimate help and denied the community a chance to care for parents who desperately need it.

THe One Who Sets the Table: The Eschatological Vision in Isaiah & Implications for Reconciliation.
“More Time” by Rachel Faulkner