When No One Is Human: No Civil Discourse without Humanity. 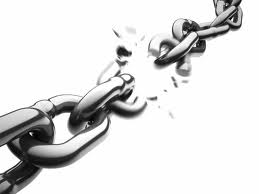 I have read a myriad of articles recently on the need for civility in our public and private discourse, especially in relationship to politics. Some of the writers have advocated for civility, some have argued against it, some have advocated for a mixture of the two. The reasoning being that sometimes, in some places, the blunt comment is necessary and carries more weight than the civil word. Christian Organizations like Civilitas have sought to engage in a civil conversation on matters of Racial Reconciliation and reclaiming the doctrinal basis of Evangelicalism thus moving it away from the cultural and publicized form that so enthusiastically threw itself behind a president that does not share genuine Christian values.

I think these are important conversations, however I think before we can talk about the need for civility we have to begin to acknowledge the humanity of one another.

Those who know me know that I make a sharp distinction between Anti-Abortion and Pro-Life. I see the Anti-Abortion movement as necessary and even a fringe of the pro-life movement, in that it is for the life of the child in the womb, but employing questionable tactics or working to the exclusion of the greater pro-life movement. I believe that to be Pro-Life you have to hold up, acknowledge, care for and work for the flourishing of all human life. Some think this a Liberal idea, but if you understand God’s intent for Israel and Jesus’s biggest complaint against the Pharisees as a need to care for all people, even the stranger, so that the whole Earth can be blessed and God can be glorified in the flourishing of His creation. God created us to flourish as part of a relationship with Him and while those outside of that relationship cannot fully live in the way we can part of grace is helping others see the difference by being a blessing through servanthood and servant leadership. A human should be defined then as someone who is made in the image of God and worthy of inherent dignity and honor as a human.

The problem with our current discourse, and the discourse found in much of American History, is that it inherently denies the humanity of another. The Post-Modern milieu has given us the ability to look down on another simply because we have our own truth and our truth is obviously infinitely better than yours. When you dispense of absolutes, you dispense of the safeties offered by absolute definition. I can hold my belief as to what constitutes a human being absolutely, and Christians should because it is a biblical definition, but the post-modern thinker might say: “well, that’s all well and good, but what about….” To the post-modern thinker it is okay to add qualifiers, this is not knew and has been around, but the post-modern thinker will add an infinite number of qualifiers and hold them as “their truth” which cannot be argued with and will be justified.

If through my truth I can establish then, my superiority, I can thus lord over you with my high morals, even if those morals, when held up to the light of scripture and history are circumspect. Thus we justify and even glorify those persons or systems that do or did evil to human beings because those systems or people were able to remove the targeted group from the ranks of human. The most prolifically horrifying example is the long history of Anti-Semitism which gave us the Holocaust and whose spirit is still around today. Joseph Stalin was quoted as saying: “One death is a tragedy, a million deaths is a statistic.” Jim Crow was second to only slavery and the Nazi Death camps as a dehumanizing and destructive systems. The illegal practice of redlining, which still occurs today, keeps families in poor neighborhoods from getting loans so that they cannot experience the mobility available to middle and upper class families and are thus stuck in dehumanizing conditions.

Again, our current discourse not only allows this, but utilizes and encourages it. Basically, if I can establish that my opponent is less or inhuman then I can dismiss anything and everything they say. If I can do this I am then under no obligation to care what happens to that person simply because they are my opponent an think differently. To make things worse, we not only encourage this behavior in everyday life, we have legitimized it by electing a president who spent the entire election process dehumanizing his opponents both in the primary and in the general elections. One of the reasons Gods Heart supported John Kasich is because we saw in him a man who was not playing the dehumanization game. That was refreshing in a cycle where the ideological divides were ripped open and where insults flew from everyone (except Kasich). Where entire sections of the country were called “Deplorables” and mocked for liking certain TV programming. While one presidential candidate called his opponent “Crooked” and told his supporters to beat up protesters at his rallies.

So this is not just happening on the national level (yes, in congress too) but in the private and personal level where crowds stalk publish officials to mock and jeer them or where all white men are painted as racist, misogynistic liars. Where we see videos of open racism, where someone is verbally assaulting another simply because they are Mexican or for wearing a Puerto Rico shirt. Where the New York Times has to report that 311 calls in a gentrifying part of Harlem have increased.

If no one is human, then we have lost that which was made unique in us by God. Oh, it is still there, but we have lost sight of that which makes us different than the animals. When we choose dehumanizing rhetoric and what is little better than hate-speech we are effectively dispensing of humanity. For this reason, I do not care about re-establishing civility if we cannot first re-establish that which makes us human from womb to grave. Until we learn to be “human and humane” as Dr. Emmitt G. Price III puts it, we will never be able to establish civil discourse because civil discourse is impossible when no one is human. If we truly want reconciliation, transitional and social justice, then we must look at one another as human beings, made in the image of God, worthy of our inherent dignity and honor.

I know this is an uphill battle, though it is one that in the church is being won by the power of the Holy Spirit. But for the sake of our children and our children’s children we need to fight that war in the public and communal sphere outside of the church. We need to encourage the humanity of others by stepping in when we see someone being degraded and dehumanized, we can fight back against systems that engage in the stripping of humanity, we can stand up to those in government who practice this kind of dehumanization in speech and lawmaking. It is cliché, but through the power of the Holy Spirit we can actually be the change we want to see. As we continue to integrate across ethnic lines we will need to discuss deep and painful realities and histories, but that is part of the healing and reconciliation process and we can fight it through dehumanization or we can be better off by allowing God to do the healing work.

We must #EndDehumanization, and the end it, we must refuse to participate in it, call it out when we see it and treat people with the respect, dignity and honor that comes with being made in the image of God the Father.