A “Troubled History” Should Not Mean Total Rejection 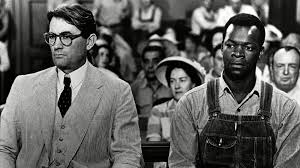 I have heard the phrase now so many times in conversation with liberal friends and centrist friends alike. I even came across it as the title of a major article on a historical figure. You may have heard it, if you are of my more left-wing readers you may have even said it. The conversation often goes like this:

“What are you reading”

“One of *Insert Historical Figure* sermons/texts/writings”

“Oh, I do not read them, they have a troubled history of racism.”

As I detailed in my last post concerning why the Great Awakenings did not bring about an end to slavery. It would be very difficult to find someone from that time period who did not have a troubled history when it came to racial and ethnic relations. Even the famous revivalist Charles G. Finney, an abolitionist, in fact one of the greatest abolitionists, could at times be as bigoted as his pro-slavery opponents. At the same time, and I learned this since releasing last week’s article, he believed that one of the mark’s of a revival of religion was that one turn against the institutional slavery and to the fight for abolition.

The problem is, we have 2-300 years of hindsight to look back and see the issues that our predecessors were, to us, blind too. Indeed, they may have been, since as I pointed out last time this was the great sin of their time, a system of thought that was received from the highest form of government concerning the lack of humanity, not just of blacks, but of the poor whites who were considered only slightly above the slave and later the free man. So, they came to a discriminatory system of thought through education and the educated. The fact that our culture ever came to reject slavery at all is nothing short of a work of the Spirit one that we see come to fruition in men like Finney and the Beecher’s.

I do agree with the notion that we should look closely at every aspect of a person. I believe that the Historian does a disservice to themselves when they whitewash history, be it events or people. Edwards, Whitefield, the founding fathers, all have been victims of this whitewashing by historians because history has the misfortune of being written by the winner. I think if you distill a man down to all that is deemed ‘good’ about him, you deny others the chance to have discussions such as the ones we are trying to have here.

That being said, I have long had an affinity for Jonathan Edwards, his life and theology, to the point of once calling myself an Edwardian Calvinist, as in, looking at reformed Calvinistic theology through an Edwardian lens. Now, I have since abandoned that manicure as I have grown and matured to embrace the broadness of the reformed tradition while seeking to learn how that dictates a social theology that embraces the imago dei and holds in tension the effects of depravity. Still, Edwards owned slaves, something I did not learn about when I was introduced to Edwards Theology in high school and then again through reading John Piper’s “God’s Passion for His Glory.” I did not learn this until I read Marsden’s “A Life” and even then I tried to justify it because by all accounts he treated his slaves with dignity and respect and even freed the first one he purchased. Again, I have come to believe that owning another human being in unjustifiable, but I still have been influenced by Edwards, especially in regards to the affections and fruit as a result of the work of the Spirit. I feel the same way about Whitefield, whose sermons I have even done historical reenactments of, but who, as was discussed in the last article, was part of the reason slavery became legal in Georgia.

For my own part, some would say that I myself have a “troubled history” with ethnic relationships because I thought for a long time that I should just be “Colorblind” without realizing (and it was in my case) I was using the term to excuse myself from having to engage my friends in their own context. In my mind since I was taught to treat everyone the same that meant I should expect everyone to be the same regardless of their skin color. What I failed to see then, was the interwoven and majestic beauty of the Body of Christ, which, happens to be made up of many ethnic groups, skin colors, cultures and languages. The sad thing is though that many who read this will think that I have become “liberalized” and have abandoned the Gospel. However, many scholars, Black and white have shown me that the gospel unites us while transforming them, not into a monoculture and thus destroy the unique expressions of worship God created, but, as the 19th century Historian Dr. Philip Schaff says: “Infuse it’s (Christianity) own transforming power into them into the best versions of themselves.”

Actually, if you have ever read Edmund Burke, which I recommend, you know that the truest form of conservativism works to conserve people and their environments which includes their cultures and ethnic backgrounds. It is also within the realm of true conservativism to maintain the world so that mankind can live on it. So the modern day conservativism, a conservatism of power, is actually not conservatism and not in line with Christian Ideology. (see also my thoughts on the current Pro-Life Movement and its lack of Pro-Life language).

Within the Third Great Awakening, during the time of D.L. Moody in the post-civil War America there was a divorce between Christianity and social conservativism. Moody himself believed that the poor were poor because they did not work hard enough. Just a little faith in God and some hard work and they too could share in the riches of their wealthier counterparts. This of course is an idea popular today within the prosperity gospel; “If you do not have enough faith, God will not make you rich.” (see anything by Kenneth Copeland). Until that time, and even for a time after that, the Church did the majority of social work and conservatism in America, even today the Church does a vast majority of the care for the Homeless in cities like Denver. Still, conservative fundamentalists and evangelicals moved away from social conservativism rejecting “the Social Gospel” that took their place. This led to disengagement in the Civil Rights Years as well as Evangelicals told Dr. King to “wait ten years and things will work out.”

While their motivations and systems of thought do not excuse the people of the past, it also needs to be understood that this is what was going on, this is what was inherited and understood. It is easy to look back on our historical figures and project on to them our own sensibilities, but if we went back in time and tried to bring judgement on them based on our modern understanding they would likely rise up and kill us. To understand an era you have to seek to understand how the era thought. As a nineteenth century Church Historian I have to learn to think like a person in the nineteenth century would think so I can share in an understanding of their time period I cannot have from my own time period. It would be dishonest of me to wonder why they had not come to where I was at 300 years later, I have the benefit of 300 more years of history.

But here is the thing, none of this makes these people irredeemable in the eyes of GOD. Let me say it again, none of these things make those of history irredeemable in the eyes of GOD. It also does not mean we should throw out everything someone said and condemn the people we study as totally inept because they did not the perspective we have. In other words, we cannot go too far to the other extreme where we completely reject a person outright in every way.

I think of the recent controversy over the novel To Kill A Mockingbird or the Little House on the Prairie books. To the point that these books are being dropped from curriculums and libraries because they contain blatantly bigoted and racist ideologies. I struggle with tossing these books out because it was through these books, To Kill A Mockingbird specifically as part of my high school English curriculum that I was first introduced to racism as a thinker. Previously my school had done The Underground Railroad night as part of its elementary curriculum but I was too young at the time to truly understand the implications. It was through engaging popular literature like TKAM that I began learning to engage the topic of racism. By the way, the same was true after reading Eli Weiseel’s Night, which detailed his time in the Nazi concentration camps during the Holocaust. If we deny our kids a chance to engage dissenting viewpoints it seems to me we have a better chance of disassembling these dissenting and yes, evil, ideologies and thought systems. Simply banning it only pushes it further to the periphery and makes those who practice it even more angry and harmful because they begin to feel like a caged animal.

In the context of my last article, I can have an affinity for Edwards Theology while still acknowledging that those things which he did that were contradictory to the bible, such as own slaves, were sinful and inconsistent with a biblical worldview. I can also look at someone like Finney and say that while he was bigoted he was right to say that a natural end of revivals, one of them at least, was a strong desire to see slavery abolished and to fight for that end. I can talk about the negatives and sins of a person without throwing the person out completely.

In short, I can say: “Yes they do have a troubled history, and we can talk about that, and let’s talk about the things they did well should have informed their view here.” So that we have a more balanced view, and unwhitewashed and critical conversation about the person or event from history. Perhaps then we can work towards the abolition of racism in all spheres of life first in the Church and then in the world.

Why Didn’t the Awakenings Bring About an End to Slavery?
MacArthur’s Comments on Social Justice: Why He’s Half-Right on Matthew 5:13-16