Rebellion Against the Wrong Kingdom 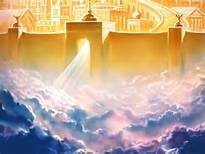 There is a saying among many Church Historians, I first heard it from Dr. Dennis Hollinger the now retired president of Gordon-Conwell Theological Seminary, but from my own study of Church History already believed to be true. That is this: “Anytime in Church History when the Church aligns with the government of man, it never ends well with the Church.” There have been entire books written about this, many refer to Catholicism when they make this assertion and while pre-reformation Catholicism is a grand example of this maxim one can find a more modern example within the confines of modern Western American Evangelicalism specifically in relationship to WASP Congregations and Culture (WASP = White, Anglo Saxon, Protestants). This has been the topic of several books in recent years, both from the Church and from without. Most noticeably have been Francis Fitzgerald’s “The Evangelicals: The Battle to Shape America” and John Fea’s ‘Believe Me: The Evangelical Road to Donald Trump.” Both are great books if you want to know the History behind where we are now in WASP Church History. Much has already been said concerning this topic within the arena of Church History so my goal here to not to rehash what has already been done, but to add my theological training and my Church History training together.

At my church over the last few weeks I have been preaching through the Apostles Creed with the goal of teaching my Church not just what Christians believe but why we believe these things we confess and how those things effect our lives. Two Sunday’s ago, I preached on two words in the Creed: “Our Lord” and preached from Colossians 1:15-20. I wanted to address these two words on their own for a couple of reasons. The first being that Christ’s Lordship has been used in one of two ways in American Evangelicalism, either it has been rejected outright in favor of individualism, consumerism and nationalism. Or it has been used as a legalistic hammer to suck the life out of believer before they even become a believer as in Lordship Salvation. We need a balanced and theological view of Christ’s Lordship and Colossians 1:15-20 is a good starting place for such a view. The text reads as follows:

He is the image of the invisible God, the firstborn of all creation.

And he is before all things, and in him all things hold together.

And he is the head of the body, the church. He is the beginning, the firstborn from the dead, that in everything he might be preeminent.

For in him all the fullness of God was pleased to dwell,

and through him to reconcile to himself all things, whether on earth or in heaven, making peace by the blood of his cross. (ESV)

As I told my congregation there are two reasons Christ is Lord of all. The first is on account of who He is, as the image of the invisible God, the one present at creation (see also John 1:1-3), since He is the one who created all things and came before all things, He is Lord over them. He is also Lord because of what He has done, by the very fact of His death and resurrection which is what makes him the “Firstborn” among the dead. Christ is one with the father, if you have seen Christ, you have seen the father (John 14:9). So, In Him the “fullness of God was pleased to dwell.” This means that Christ is Lord over everything in creation. There is no realm where His Lordship does not touch. Yet He is Lord not just because of who He is, but because of the good and gracious thing which He has done for us. He is Lord not just because He is creator, but because He also served His creation by making a way to salvation for it (again, death and resurrection). Revelation shows us that one day He is going to claim that proper Lordship and that the rebellion of man is going to be overthrown once and for all. The Church then is to guide as many people to Christ as possible as it humbly serves people both “inside” and “out.”

Because all creation is in rebellion, as Matt Chandler is fond of saying: “We live in a Genesis 3 world.” Our world is post fall, it has denied it’s Lord in favor of self-government and aggrandizement. Due to that reality man rebels but setting up its own governments and turning to government leaders before and even instead of God. Israel is a potent example of this when in 1 Samuel 8 they ask Samuel to “Give them a king so we can be like the nations” and when God tells him to grant them one He says to Samuel: “They are not rejecting you, but me.” Of course there are other examples of this rebellion in western church history, starting with the Roman Catholic Churches election of Emperor Popes and culminating the Religious Right and then overwhelming support for Donald Trump. Asking for a king did not go well for Israel, Emperor Popes did not go well with the Roman Catholic Church and the American Evangelical sellout to Political ideology has not gone well for the Church in America in the modern day.

Christ’s Lordship though should rule out the very Christian Nationalism that First Things and the Christian Scholars behind it are currently advocating for. It should have ruled out the extremes that the Moral Majority has gone to secure the election of a president whose record of immorality can be read in almost every major magazine going back 40 years. I said back then that those who represented us were not protecting their people, but their power. Instead of being Isaiah in the court of Ahaz they were the false prophets who told Israel their exile would only last five years (See Isaiah 7 and Jeremiah 28-29). They sacrificed the church on the alter of their own reputations and the people are paying the price. Christ’s Lordship should have ruled out any form of capitulation to a government of man that was not first subservient to the Kingdom of God.

Note that I am not advocating for a “pulling out” or “Christian Isolationism.” As much as I enjoyed reading Rob Dreher’s “The Benedict Option” I do not think Protestant Monasticism is the answer. Instead, our participation in Government should be one that is first and foremost submitted too and informed by our participation and allegiance to the Kingdom of God. That may mean that we are more like Dietrich Bonhoeffer than Jimmy Carter (who is an evangelical Christian). Of course, there very well may come a time when the Benedict option is necessary, it certainly was in the church of the first century where confessing Christianity could find you lighting the streets at night as a human torch. For now though we can still participate in government activities so long as our participation come secondary and in submission to Christ’s Kingdom and the Word we are given to live and be governed by.

The goal should not be to make our Earthly kingdoms like the heavenly one through changing their governments and seeking power (theonomy) but by seeking to live out the kingdom among ourselves and showing how different the two really are. “Power corrupts” is an absolutely true statement, participating in a government that is increasingly apposed to the kingdom of God by seeking more power is not the answer, it’s the problem.

The modern Christian should be quicker to adopt the mantra of the band Demon Hunter’s Ryan Clark who penned the words to the song “The World is a Thorn:” “Won’t bow to man. Won’t bow to government. Won’t bow to greed. Won’t bow to false hope. Won’t bow to self. Won’t bow to modern code. Won’t sell my soul to a dead world. I defy.” Than to adopt one of Christian Nationalism or even try to turn our secular governments, in rebellion against God, into Theonomy’s. The secular world is secular, it is going to participate in its own destruction, the churches job is to bring as many into the light of Christ as possible and as we have seen throughout church history seeking government power is not the way to do that, in fact it works against the purposes of the church as laid out in scripture, rather than for them as Christians find power seductive and servanthood outdated.

Therefore, pastors should work to create separation between the church and Christianity and the civic religion, not tighten the tie. The Church needs to be the Church and it cannot do that if it is busy pursuing the things of this rebellious world, rather than the things of the Kingdom of Christ. We are to seek first the kingdom of heaven, not man. Yet the very heart of American Evangelicalism it seems has gone full blast after an idol called political power and the effect has been detrimental and destructive to the church in the United States.

May God have mercy on our souls, may we listen as those who profess His name are called back to His side. May we once again take up the towel of service to one another and to our neighbors and pledge allegiance to the kingdom of Christ instead of the Kingdom of man. May we stop this rebellion against the Kingdom of God and rebel against the isms of this world.

Someone needs to say again: “Choose this day whom you will serve! As for me and my house, we will serve the Lord.”

Bikes On the Lawn
A Broken Fellowship: This Is Not Reconciliation