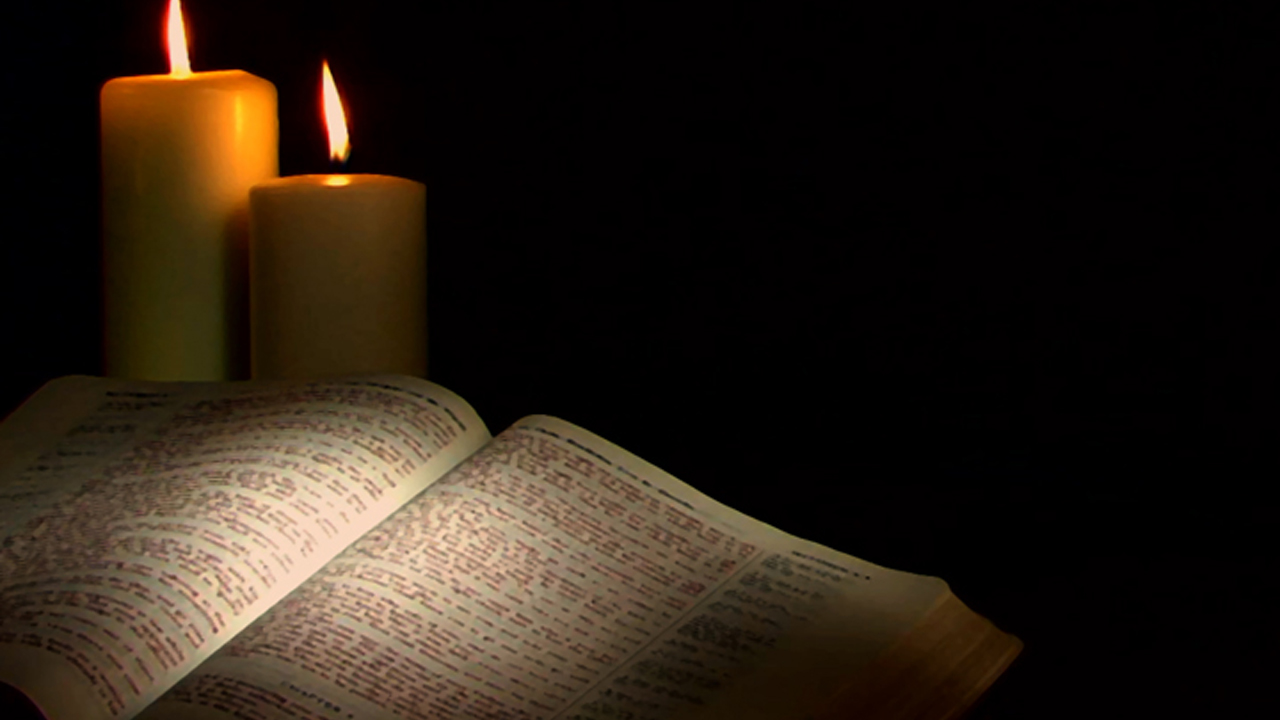 When Biblical Translators impose their own theology onto a text, the results are destructive to the Body. Church Members need to learn to recognize this.

Text Criticism is the practice of comparing ancient texts to make sure we are working with the most accurate translation possible of an ancient text. It is a useful tool, but it should not be the only tool employed when studying scripture. While the average church member is not trained in Greek Exegesis the same principles can be helpful in evaluating English Translation. I use the ESV almost exclusively, but there are some weekends, like this last one, where I used the NIV because the ESV has an admitted, intentional translation that promotes a theology that is not recognized in the early Church promotes an incorrect reading of the Greek Text behind the passage. I am referring to the choices made in regards to Romans 16:1-2 and 7 which purposely downplay the role of Pheobe and Junia because the translators of the ESV specifically and admittedly do not recognize these women as serving in the capacity in which the Greek text puts them. These decisions do not reflect proper translation and actually impose the viewpoint and biases of the translators upon the text.

The reality that the Greek text reveals to us is that Pheobe holds the office of διάκονον (Rom. 16:1 NA28) Diakonov (Deacon) in the Church a Cenchreae which meant she did some important ministry within the Church and in the ancient word the gender of the word would have referred to the person doing the work but should be translated properly as Deacon. She is also a “Patron” of the Church there. As F.F Bruce writes: “Pheobe is to Conchreae as Lydia is to Philippi.”[i] It is likely that the church met in her home and that she was a wealthy business women who gave generously to the churches of Asia. The fact that she is the first person mentioned and the church is told to treat her hospitably means that she is probably the one carrying the letter and was likely the one reading and expositing the letter and answering questions concerning its content. Thus here qualifications carry weight and should not be downplayed.[ii]

Next comes Andronicus and Junia, a pair that the early Church recognizes as a husband and wife couple who are listed “among the Apostles.” The Greek phrase: ἐν τοῖς ἀποστόλοις (Rom. 16:7 NA28) has to carry the meaning of spatial positioning because of the Greek Preposition ἐν which was the same word used if someone was going in the house, they would have existed in that space. For the ESV translation of this verse to be correct they would have to add the article ὁ, ἡ, τό which means to or the. The article is present, but agrees with Apostles, thus the only plausible translation is “Among or within the Apostles.”[iii] Implying that they were in fact doing the work of an Apostle and had all the marks of Apostleship. There is an argument that says: “Jesus only commissioned the twelve to be Apostles and so no Apostles were added after Acts 1.” But if that is the case then Paul would not be an apostle, a title he ascribes to himself. It is important to remember too that Paul did not limit the definition of an apostle only to the original twelve or those who wrote scripture, but to anyone who planted churches, performed signs and wonders and proclaimed Christ and acted as guardians of the deposit of faith.[iv] Scot McKnight of Trinity Evangelical Divinity school also notes that Junia was given a “sex change” in the Greek text by the editors of the Nestle Greek Text in 1927 that persisted until 1990.[v]

Let me show you what this looks like when you place translations side by side: Here is Romans 16:7 from the NIV, NLT, ESV and BSB Translations.

Greet Andronicus and Junia, my fellow Jews who have been in prison with me. They are outstanding among the apostles, and they were in Christ before I was.

Greet Andronicus and Junia, my fellow Jews, who were in prison with me. They are highly respected among the apostles and became followers of Christ before I did.

Greet Andronicus and Junia, my kinsmen and my fellow prisoners. They are well known to the apostles, and they were in Christ before me.

Greet Andronicus and Junia, my fellow countrymen and fellow prisoners. They are outstanding among the apostles, and they were in Christ before I was.

3 of the 4 translations read “Outstanding or Well known Among the Apostles” the ESV, which claims to be a word for word translations (we have already seen that is not the case) says: “Well known to the Apostles” again, adding an article where none is found in the Greek. Some have said that “Among” simply means the Disciples knew them and knew them well, but again, the preposition ἐν pretty much rules that out. Paul is communicating a spatial position in relationship to the Apostles, they are among the early church Apostles, not just known by them. This is attested by multiple figures in Church History but the most famous is John Chrysostom who could not have understood Junia as anything other than a female Apostle.[vi]

As you can see above, something has happened. But what was it? Why is it that until the 13th century Junai is considered a woman and an apostle? And what was the motivation of changing the name and what is promoted by changing the text?

At first the notion only existed in the margins, popping up in the 13th century, but it gained momentum surprisingly with Martin Luther who changed Junia’s name to Junian and called him a co-worker of Andronicus. His reasoning? There was no way a woman in that culture was a leader in the Church. Yet historians now know that this is was in fact common both in the Church and the Eastern part of the Roman Empire. Luther may have been ignorant of this fact, but as a student of the Greek text itself he should have known better than to assume something other than what the author had written. Junia did not even appear as a variant in Greek Manuscripts until 1927 when the masculine form of the word was first introduced. Eventually the variant was erased all together until Junia was restored to here proper name and sex in the 1990’s by the editors of the Greek Text NA28 which is what a majority of pastors use for studying the original language. I also checked my 1910 Nestle Greek manuscript and it reads as “Junia” with no variant. Both the editors of the NA28 in 1927 and the Translators of the ESV were pushing a theological agenda. They were standing over the text and reading their ideas back into it, not letting the text dictate to them what was written. It is the Greek Text of the Bible, not its editors and translators that are authoritative, and we must remember that. Greek scholars are trained and trained well, but they are fallible men and are prone to sin. That is, after all, changing the text to support your own modern theology, that is either not present in the early Church or fringe and not accepted widely is according to Revelation 22. Jesus tells us that Christians should not add or subtract from the word of God. Changing the text to support pet theologies cannot be described as doing anything else.

Now, I know what you are saying, if all these women were in ministry in the early Church (40% of the list in Romans 16:1-16 is women) what do we do with passages like 1 Timothy 3:1-13. The answer is simple, look for the contextual clues that help us determine the reason Paul is saying what he is saying. 1 Timothy is a specific response to a specific issue. It is meant to be a corrector to the witness of Christ that the church at Ephesus had destroyed, not a model for the church itself. Paul is not concerned with the churches hierarchical structure as he is with the churches witness. The reality is that in Ephesus, whatever happened had to do with the women and that is why Paul charges them not to have any authority in chapter 2 but to learn (which is how the culture would have understood 2:13-15 before they took on roles. On top of that if you follow the Greek, which is another area that translators read their own biases into the text, 3:11 actually allows women deacons so long as they follow all the instructions laid out for deacons.

These are egregious errors that need to be addressed and corrected and hopefully the next generation of translators will be more careful, many are. Women had prominent ministry roles in the Church, the Bible confirms that, one was even an Apostle. The reality of Christianity is that we are all on the same level before Christ and after Christ. The challenge then is to re-elevate the voices and reject the practice of translating biases and pet theologies into the text. If we had done this from the beginning perhaps, we would not have the issues we have in the church at present. Perhaps we would have protected our sisters in Christ instead of defending abusers, as has too often happened in the church.

Christ has not returned yet, we still have time. It’s not too late.

Jonathan David Faulkner is a Graduate of Gordon-Conwell Theological Seminary holding Masters in Divinity and Church History, a Pastor, Musician and Writer. He holds a Bachelor’s Degree in Christian Education & Administration with a concentration in Urban Ministry. He lives with his wife Rachel and daughter Erin in Buffalo Center Iowa and seeks to be a part of the project of reconciliation in the local and international church. He is currently serving as the Pastor of First Congregational Church of Buffalo Center.

Working Through Racism: What can we learn from Church History part 1
Sermon: The Seven Guiding Values Part 6: A Culture of Peacemaking and Reconciliation, Ephesians 2:11-22