Civil Discourse and the Critique of Ideas 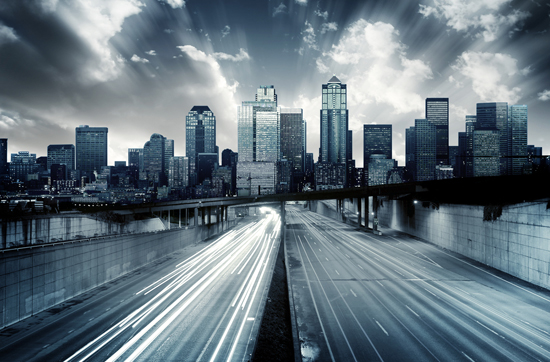 “There are no normal people, you have never met a mere mortal.” C.S Lewis.

Cults will often launch cyber attacks against you when you write about them, I know because both myself and the ministry that birthed Godsheartforthose.com have been target by them. These attacks can come in the form of cyber bullying or an attack on the website itself. When public theologians first responded to Joshua Feuerstien, a group that included this site, it was cyber bullying that was carried out through comments on post (some of which were allowed by moderators) or through direct attacks in videos and by his followers in comment sections. With 10:31 it was an attack of the website itself the day that one of our writers wrote a piece about Westboro Baptist, which if you have never stood toe to toe with, trust me, you do not want to. The cyber attack took the site down for a few hours and that was about it.

But it was that incident that sparked something in me and led to 10:31’s policy that if we address certain groups, we address those groups ideas with an eye towards the dignity of the people we were responding too. I cannot remember the specific policy, but it served us well in the last two years we operated afterward and I hope that those who served at 10:31 during that time have taken that policy forward into their lives, some have. That was, of course, the beginning of an idea for God’s Heart, since the policies at 10:31 dictated much of the context guidelines for this site, even if I am the only one writing. I did not want to hold my writers to a standard I want not willing to maintain and I do not want to slide back into bad habits that have led to sin in the past. I had not perfected the technique with Feuerstien and wish I could have handled that situation much differently. I was a young pastor in his first church, not yet ordained, with a Facebook Presence and website and lots of experience dealing with abusive and totalitarian leaders in Church Leadership but little tact in addressing those people who reminded me of my spiritual abuser, I had not healed enough to address them outside of a place of trauma, and so my responses to Josh failed to achieve the standard I had set for myself. I will still bear the insult Sissy Preacher as a badge of pride though, especially if it means I can maintain a clear conscious before God and bear fruit in keeping with righteousness that comes from God.

The goal then, in the last 10 years, has been to 1) heal from my past experiences with the church 2) learn how to live up to the ideals I aspire to myself, especially when publicly responding to error, heretical or anti-biblical ideas. The goal has not been to gain some kind of power or influence for myself, but to not make the corner of the internet I inhabit worse than it already is and to maybe offer an example of what we can be again. If you believe that Lewis was correct when he spoke the words above, then you have to approach the people you are responding to with regard to their sanctity that comes from being made in the image of God. I have seen when theologians, ethicists and church historians do not do this, and the result can be little more than slander of the worst kind. This destruction of ones opponent, not a critiquing of ideas, is to sin against God and them because it rejects what God has said about humanity, that is, that we are made in the image of God. I may not have particularly cared for Westboro Baptist or Joshua Feuerstien’s theology and treatment of others, but if I dehumanize them in response to their dehumanization of others, I am no better than them. Sin is, for lack of a better word, self-destruction, their own dehumanization of others is dehumanizing enough to themselves without me reinforcing their own dehumanization. It seems strange to say, but that is the reality. Sin in the life of the Christian should not have ever invoked condemnation from other Christians, but instead concern, care and loving rebuke, something different than the condemnation we often heap on the perceived “other.” As I said after our encounter with Westboro, if we stoop to their level, we are no better than them. Paul tells us that if we condemn them for their sins by or while partaking of the same sins as them, we are heaping up wrath for ourselves (Roman 2:1-11) something I tend to think we should take seriously. Dehumanizing someone is a sin against God and against the individual created in the image of God (Genesis 1-3), but if I dehumanize them for dehumanizing someone else, I am no better and indeed likely receive the greater condemnation because I should know better as a Christian.

Imagine too if Christ has taken this same approach to us, we had sinned and fallen short of his glory and he just said: “Sorry, not gonna die for you, you twits, how dare you think you can be saved.” Since this could not have happened with the perfect Son of God playing his role in the Trinity, why do we think it is alright for Christians to do this in the modern world? I said this back when I wrote a defense of Rob Bell, who I have deep disagreements with, but who we Christians treated shamefully when he diverged from orthodoxy. Hate mail is not the way to win someone back to orthodox Christian teaching on any subject, quite the opposite happens in fact, it drives them further and further away from it. Angry rebukes or self-righteous tirades against a perceived opponent, especially when that opponent is a brother or sister in Christ, only pushes them further into heterodoxy, accomplishing the exact opposite of what we set out to do in the first place. In my now 10 years in ministry, I have seen both approaches and I their fruits, and I know which one I prefer.

Believe it or not, there is a audience for the civil discourse that is so locking in our society. I have watched, for the last few years, The Bulwark do this most of the time in the secular political arena. God’s Heart has had its readership explode this year in-part because of this approach to dealing with controversial topics, and saw a piece published in a major primary source piece. I have received messages and comment from readers thanking me for this approach, calling it “refreshing.”

This approach is also why I have not joined in the throngs attacking the President of the United States. Do not get me wrong, I am on record as a #NeverTrump conservative, I find his obvious moral failings and lack of genuine repentance to be a turn off. But if launched the insults at him I have seen some Christians launch on Facebook it would be no better than him. I feel the same way about Joe Biden and the Democrats, I have deep disagreements with them on their character, voting history and politics, but if I attack them or dehumanize them, I am not doing any good for the kingdom. Joining the world is a vice, not a virtue, and I refuse to do it. I have also largely quit commenting on Facebook posts for this very reason. I prefer face-to-face communication when possible, or private messaging.

The responses that have come out this year, responses to articles by Carl Trueman, R.R. Reno and Dr. Scott Sunquist, even a response to comments the president have made, have hopefully, or seemed to have, met the criterion I set for myself. I may disagree with them, and I do in the pieces above, but I have a clear conscious that, this time at least, I have managed to maintain their humanity, not returning sin for sin. We need to recapture the art of critiquing ideas, not people.

Let’s face the truth that we have a major problem within Christianity with the way we treat one another, especially with those who disagree with us. And as one who studied the Internecine debates of the 19th and 20th century and wrote my thesis on one of them, I can tell you we have had this problem for a long time and that the secular world learned it from us. Whether we like it or not. Restoring Civil Discourse in the public square may need to start then, with the restoration of the heart of Christianity that only comes through Jesus Christ. We cannot hold the secular world to a standard we ourselves are not willing to hold, that is called being double-minded and it leads to our condemnation, not eternal life.

The art of attacking ideas is a long practiced one, it is what drove the church father’s to define orthodoxy and orthopraxy. They did not attack the people, well…Nicholas did punch Arias, and they did write against certain people but that was because of their ideas, not the people themselves. Most of the fathers went high when their opponents went low. When the Christians were accused of pagainism for not worshiping the Roman gods, they embraced it, when they were given the name “Christian” as an insult and then legal accusation, they embraced it. They did not fight back and say: “Stop calling me that you idiot” because as Jesus knew and taught, they would be mocked for His name, and when they were they embraced that and still kept on loving their neighbor. The reason Christianity spread so virulently is not because the Christians had political power and used force to spread their faith, that came much later, no, it was because they did what God had put before them to do and they did not attack or condescend or berate the Romans because they believed the Apostle Paul’s warning that acting like the world by those called out from the world would lead to condemnation.

We need to learn how to have civil discourse again, you may find, as I have, that this is a refreshing and helpful approach. Instead of shouting down those you disagree with, embrace them, try to figure out why they might think differently then you and then evaluate those ideas and separate the person from those ideas. Doing so the other way, the way the world does it, has only driven people further into dangerous ideas with dangerous, evil actions. By trying to shut people down, we are only creating worse monsters.

Lord help us all!