Trying Times and what to do about them. 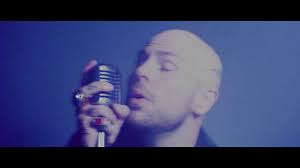 Now is not the time for each one looking to his own interest, but to the interest of his neighbors.

In 2018 the Grammy Nominated Christian Metal Band Demon Hunter released an album by the name of “Outlive.” It was one of the last albums I reviewed for any reason. The story behind where the album comes from is a really moving one, basically, what we are all experiencing in 2020 the band Demon Hunter’s individual members from Ryan Clark their lead singer to Timothy “Yogi” Watts the drummer had some sort of major life event all around the same time. Those events drove the development of “Outlive” including the opener “Trying Times” which captures as well as sets the tone for the album, the lyrics go like this:

These are trying times

Made to break the heart wide

But we still defy

We will make the dead rise

We can’t be silent

We have a promise

When we’re all gone

These are trying times

Made to break the heart wide

But we still defy

We will make the dead rise

I have been thinking about this song, or had it stuck in my head the last two months as I have presided over 4 funerals and had 2 deaths in my own family. As I have talked with my congregation members about the uncertainty of the future and made plans to continue to minister during a global pandemic and contentious election year. 2020 has been a trying year, these truly are trying times.

But the lyrics above do not leave us at trying times, they acknowledge that yes, these are indeed trying times, but they also move beyond, the “but” is the pivot in the song. These are trying times and they break open the heart and cause us to bleed, but that does not change our resolve to live as believers, on the contrary, we will continue to defy and even make the dead rise. There is a resolve to the song, yes, things about bad, but this is temporary, what matters is what is eternal. We could silently suffer, we could act like and belong to the world, but the promise of the Gospel is to great, we may die for it, but that is of little consequence. So they set the fire that comes from the Gospel into song and do their part to keep the proclamation going long after they are gone.

Oh, if this was the attitude of Christians in 2020

Let me be clear, this is not a call to defy government orders on shutdowns or mask mandates. I am talking about defying the world and its attitudes by standing up to continue to proclaim the Gospel. Instead of fighting foolish and ill-gotten culture wars over masks we lived out and proclaimed the Gospel and wore our mask and reframed from gathering without social distancing out of love for our neighbor. What if instead of talking about all the things kids are missing out on this year we saw this as an opportunity to really secure in them a deep faith built on scripture. It seems to me that if Christians really wanted to recapture the “family values” argument we would be jumping on this opportunity to spend more time together, instead we have watched as Christians and secular persons alike protest in mass against what they see as Government overreach that at the most base level is motivated by a desire to protect the most vulnerable among us. Coke-a-Cola has had some incredible ads on TV of late pushing exactly this kind of family reconnection and I wonder why Christians are not embracing it to the extent that we could. Actually, there is a growing body of evidence that children in two parent households have thrived during the shutdowns because they are spending more time with their parents.

It seems to be, that to be a truly “Pro-Life” people than we should be the first to adhere to guidelines that can protect those we love. As I have said before, if we are to be pro-life then we must be pro-life from conception to the time the person passes away and we cannot be the cause, either through being wantonly reckless or on accident. In fact, in the bible, even in the New Testament, if you are careless about the life God has given you and reckless with the lives of those around you then you are not living as Jesus has commanded you to live. In the Old Testament, carelessness about life from womb to tomb was punishable by death in many instances (see the Levitical law codes). In the New Testament part of Jesus commands in Matthew 5 is looking to the needs and care of your neighbor while you also love your enemies. In Paul’s horizontal ethics your brother is to be treated as if he is infinitely greater than you and he is to treat you as though you are infinitely greater than himself. It is has been disconcerting, even discouraging as a pastor to see Christians treat their neighbors the way they have in this political cycle. Gossip and Slander and not love and grace have been the mode of operation for Christians and it is not going well for us because of this. The greatest testimony of the believer is not how much scripture they know, it is how they live out that scripture as a reflection of Jesus Christ the Lord of the Universe.

Why is it then, that in these trying times the Church has looked more like the world and not like the hands and feet of Christ. Why do we have to be told to do something that will look to the health and flourishing of our neighbor? Why are we parroting all the fearful speculation and embracing misinformation in greater numbers than our secular counterparts? Why, when we have a promise to die upon, are we rejecting that promise in favor of the ways of the world.

Church, we need Gospel Renewal, we will not last much longer without it. The people of God need to start opening their bibles, setting their opinions aside and placing God at the center of every thought. We need, so desperately, to take up the mantel of the Gospel for the sake of our neighbors and even for our own eternities. When did “Individual Freedom” become more important to Christians than “Love your neighbor?” One is a man-made right, the other is a God-given command.

To God alone be the Glory, forever and ever, amen.

SermonCast: “Who Ya Gonna Trust?” Part 2: Isaiah 7:10-25
The Heresy of Christian Nationalism