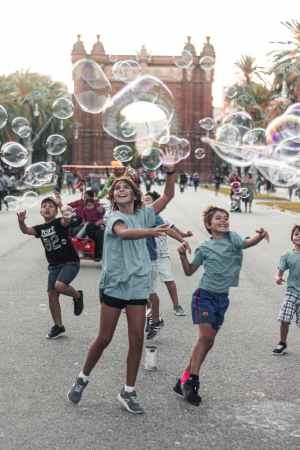 Jesus words in Mark 9:42-50 should give us pause as we seek to reach Millennials who have been hurt by the Church.

A few weeks ago, I wrote about all-too-common tale of millennials and Gen Z who have experienced some sort of trauma either at the hands of church leaders or by the way the church has treated them in general. This time around I want to address the people who have often done the hurting, because Jesus has a warning that needs to be heard to those who cause others to stumble away from the faith, especially those who are weak and marginalized.

In Mark 9:37, Jesus takes a child and places him before the disciples right after teaching them that the one who wishes to be first among them must be last of all and servant of all. He tells them that if they receive the child, they have received Him, and through receiving him, they have received the Father. The popular evangelical interpretation here is that Jesus is telling them they must accept children. This is based on a plain reading of the English text and it makes sense if you follow the merits of “common-sense” theology that has been at the center of much Evangelical interpretation since the time of Charles Hodge and Princeton. Because of this, Evangelicals tend to place a high emphasis on “family values” and “the children.” And while it is certainly true that children are important, this is not what Jesus had in mind. Instead, the child is an example of the kinds of people the church should be openly and actively serving.

Both R.T France and Grant R. Osborne, in their respective commentaries on Mark note that children in the ancient near east, including Jewish Society, were among the lowest in society. France writes: “They had no self-will, were considered completely dependent and, though loved by their parents, were not regarded with much value.” They were, in a sense, expected to be seen and not heard. So, Jesus use of a child is representative of the lowest of the low of a society, that they are the ones who the church should serve. Find the lowest person in your community, be they a child, poor, disabled, a single-mother and serve them in the name of Jesus. This is consistent with Jesus teaching in Matthew 7:25 where it is what we do to “the least of these” that shows whether we have served Christ or not served Christ. Our attitudes towards the weak and despised show that we have received Christ or rejected him. In the book of James then, it is wise to serve your neighbor who comes to you in need, to show your faith by your works, because that is religion that is undefiled. The early Church formed its distinct identity, in part, because of how it treated the sick, visited the imprisoned, fed the poor, clothed the naked, took in babies who had been exposed and so on and so forth. There is no excuse for a Christian to treat their neighbors with contempt or hatred, especially the poor or marginalized, because to do so is to reject Jesus and the teachings of Jesus. If we do not receive the poor and marginalized, we are not receiving Jesus and not receiving the Father.

The motif of service continues throughout the passage as the disciples get rebuked for telling someone to stop casting out demons in Jesus name and Jesus tells them that: “I tell you the truth, if someone gives you a cup of water in my name, he will not lose his reward” (v. 41). Osborne points out that this was an act even the poorest could do as a gift of hospitality. It also shows that the name of Jesus is what matters and what we do in His name matters, even the smallest rebellion of kindness in the name of Jesus is going to be rewarded. Like the widow who only gave a mite, all she had. Or the church member who gave me a basket of homemade food while I was recovering from my brain injury years back. The smallest act will be rewarded if done in Jesus name.

But Jesus is not done with this lesson. He finishes off by this uncomfortable hellfire and damnation sections which begins, once again, with him referring to “these little ones.” Or the lowest and marginalized in a society and what should happen if our actions cause them to stumble. I use the word stumble because as Grant and Osborne point out, and as a quick reading of the Greek Text reveals, the word translated as “sin” is not present in this text. Instead, the NA28 uses a word that means: “To stumble or to fall away” though it is in the passive voice here, so the object is being acted upon. English translations that use “sin” are not, as France points out, capturing what Jesus is trying to communicate. The proper translation, according to France, is: “If anyone causes one of these little ones to stumble or fall away” the idea being that: “We are not to make others fall away from Jesus.”  If we do, there is a consequence, and it would be better if we put a millstone around our necks and threw ourselves into the lake. Jesus uses the same word for those actions and activities that cause us to stumble away from Jesus and into sin in a rather graphic section that has long left us baffled (along with its parallel passage in Matthew 5). Jesus is using hyperbole here. I tend to think, and I told my congregation, that these are the things the Holy Spirit confronts us on and which we are to remove with prejudice. I used the Sermon on the Mount as an example when I said: “If listening to talk radio, conservative or liberal, causes you to hate your enemies or show contempt with for your brother, turn it off, flee from it. Or, if something you are watching causes you to look at a woman lustfully, letting your mind wonder to places that Jesus calls adultery, flee from it, cut it off from your life, act as though it does not exist.”

The point here, is again, that our actions, our words, they matter. Everything we do as Christians is either going to lead people to Christ or away from Him. Especially when those negative actions come in the name of Christ as well. Giving someone a cup of water is a positive one, telling someone they are an abomination because they are a conservative or a liberal, in the name of Christ, is a negative action. One draws to Christ, the other pushes them away and further into their contempt, it does not show them the love of Christ and guide them to Him as the only true way into eternal life. It does what Jesus is telling us not to do, causes them to stumble away from Jesus. It stands to reason then that it is not just run of the mills sins as modern Christianity defines them but anything that causes someone to stumble away from Jesus that we should flee from. Brad Stine, in his award-winning comedy routine “Put a Helmet On” talks about this in the context of a church having a Harry Potter book burning, or our insistence that if you listen to records backwards (suspiciously eyes record collection) will cause you to hear a message from Satan. Or the idea that someone should never, ever, ever listen to rock and roll because it is evil. Icon for Hire has a song in which they address this: “Bury my records in the backyard, when you’re not looking, I will dig myself up.” These are micro examples, but they have been central to evangelical culture. Rappers like NF and bands like Icon for Hire are popular with the younger generations because they talk about topics relevant to their lives while the Church tells them not to listen to them or they will go to hell.

On the macro-level, the defense of a church leader who has sexually assaulted a minor or has become domineering or spiritually or emotionally abusive by other church members, church power structures, or the people in the pews and the attacks against the victim even after the victim has proven the accusations true in a court of law. Has become an instant turn off to those genuinely curious about Christian Faith and Teaching. The result is that actions in defense of men and women who are credibly proven to be sexual predators and spiritual abusers causes people to stumble away from the faith even if they were not the victims. They understand that if it can happen to me, it can happen to them and that pushes them away from Christian Faith.

Barna has put together an incredible among of research on what they call the: “You Lost Me” generation. Showing that the reasons young people have left the Church and why so many have left Christianity altogether is related to the amount of trauma they and their peers have suffered at the hands of the Church and the fact that the Church is ill-equipped or not willing to listen to and address trauma and the experiences that caused it. It is easier to project a leader then it is to hold them accountable because everything from biblical interpretations to accountability systems (or their lack of) make it so. It is also true that American Christians are often averse to the idea of corporate sins and yet or the idea that our sins have corporate affects that it makes it hard to address these issues altogether. Even in the middle of a complete meltdown we fail to see how the actions of one or all are contributing to the hurting and stumbling away of the younger generation.

The only way I can think to return rom this trend is sincere repentance and a willingness to listen to those who have been hurt and take seriously our trauma. This will requires something similar to Nelson Mandela’s Truth and Reconciliation Commission where stories are told and people are heard and forgiveness and reconciliation are offered. Where we within the Church, listen to everyone who has been hurt by the Church. And yes, this includes our LGBTQ+ and our Black and Brown brothers and sisters in Christ who have been forced to the margins These are going to be heard stories to hear, they are going to cause tears and pain and heartache. But they are going to bear great fruit in the coming generations, and they are going to benefit those who have been hurt and done the hurting alike.

If we do not do this, the result will be as Jesus tells us it will. If we remain ineffective disciples of Jesus, we will be thrown out and trampled on by man. If we remain lukewarm, we will be spit out of the mouth of God. If we continue fighting foolish culture wars and causing the low and marginalized in society to stumble, it would better for us If we had a millstone placed around our neck and be thrown into the sea. Jesus has shown us the way and the truth and the life, He himself is the means, and the example. So, let us throw off the sin that has entangled and fix our eyes back on Jesus and Jesus alone. For the sake of being a light for future generations, in the name of Jesus Christ our Lord and savior. Amen!