Until The Heart Breaks 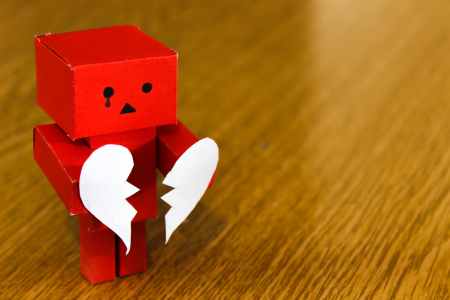 Both Society and the Church want healing their wounds to be easy, but healing takes time and difficult conversations. Also, here is how God’s Heart got its name.

I was first introduced to sushi in the summer of 2011 when Pastor John Morehead and I went to a Japanese restaurant on Colfax in Denver. We were there to debrief at the end of my summer internship at Christ’s Body Ministries, a homeless shelter on Lincoln Street. It was my last week of the Denver Urban Semester, and at this point I had spent that week in silence that led to the experience in the labyrinth and received the internal call to pastoral ministry. I had also spent countless hours sitting at Coffee On The Point after working the day at the church (Christ’s Body was also a church), pouring over my bible and books by Donald Miller (Blue Like Jazz, A Million Miles in a Thousand Years and more)  trying to understand why I left my internship with so many questions aimed at God and the city of Denver. In the three months I was there I struggled with anger, heartbreak, frustration, amazement, joy and almost every other emotion on the planet. I had come wanting nothing to do with the Church or ministry or even other Christians and was leaving with a burden and a call to pastoral ministry. I had worked in both homeless ministry, feeding the hungry, clothing the naked, facilitating showers and teaching Bible studies to people who knew more about the Bible than I did. I had also worked in transitional housing with youth whose parents were working to move off the street and into permanent housing, similar to what “Family Promise” in Boston is doing. I struggled that summer because it was really the first time (save a 2 week mission trip to Dallas in high school) that I had experienced the deepest depths of human depression and pain caused by the incredible cruelty of human depravity.

Everyone on the street has a story of how they got there, everyone, and most of them deal with some kind of mistreatment by another or having lost everything and having nowhere to turn. While sitting on the mall with them I would hear the biting comments, people either turning away in disgust or giving overly simplistic solutions to complicated situations. This was not something I had any long term exposure too and now here it was, right in front of me, every day, for three months. Every day I would sit at Coffee On The Point and ask God “Why?” and every day I would get the same answer, the breaking heart of GOD for the marginalized and disenfranchised. It is hard to dehumanize someone whose humanity is right before your eyes every day. Indeed, it is difficult to separate humanity from anyone once you have sat in the alley with someone who was just told by a passerby to “Get a job” and you see the look on their face, knowing that man was once a respected family man who lost his job, then his family, then his home. Or when you sit outside with the 16 year old who left home because their parents beat them or sexually assaulted them. It is hard to look past the hurting, when their pain is right in front of you and you know that your own pain could have lead you in the same direction.

It was hard, and that is what I told John as I sat across from him at that restaurant.

“I wish you had told me that you were struggling with all this” he said, taking a bite of a tempura roll.

“I did not know how. I lacked the language to talk about suffering like this. I had not experienced it before.” I replied.

Even though I was reading Donald Miller and Shane Claiborne at the time, it is one thing to read about human suffering, but to actually get face to face with a suffering human, that is something totally and completely different. To actually have your heart broken by repeated blows, day in and day out, you cannot truly understand God’s full love for the poor, the homeless and the marginalized. Reading Tolstoy is one thing, actually meeting someone who spent 10 years of hard labor in a Russian prison camp is quite another. I am not being hyperbolic here, there are experiences one can only loosely grasp until they have lived them or live alongside someone else who has lived them.

I told my congregation in this week’s sermon that when I bring up issues that are deeply politicized in my preaching, it is because to me, the issues themselves are not political, they are human. We can debate policy behind the issues, and we can disagree on policy on these issues, and we will. What we should not do, and what our current political system incentivizes is the “dehumanizing” of people in the conversation about policy. But to my wife and I, what seems like a distance political issue to people who lived in small-town America, brings to mind real life faces of real life people we love. For instance, when there is a police shooting of a black man, our first thought is not who was right and wrong but who we know is going to be affected. Because I have family who are either active duty military or police officers, and friends who are African American or Black Diaspora I see people on “both sides” of the issue. As an aside, let me insert here that there are sides to policy on how to address an issues, but there should not be sides when we are talking about human beings, a human being dwarfs any “side-ism” There should never be a “human” and “anti-human” side. The dehumanizing side of any debate is always the one that is wicked,  and policies that encourage dehumanization will always be evil. When we heard about the shootings in Atlanta last week, immediately faces of people we love came to mind, people we talked theology with, people who came to our wedding. Knowing that the Black and Asian American communities tend to be more communal than the individual that tends to define our culture as the descendants of Europeans, we know that a death affects those communities differently than ours, and because we are commanded to mourn with those who mourn and rejoice with those who rejoice, we grieve with those friends whom we love. In short, we do not think of policies or organizations, we think of the people affected by whatever the situation is.

I say all this because there has been a lot of discussion within marginal Christian Circles about how we start to reckon with a lot of the hurt that has come from both society and the mainstream church. How do we begin to address the young people who have left the church and Christianity because of the pain they have experienced at the hands of abusive church leaders or fundamentalisms darkest impulses. How do we begin to reckon with purity culture? Ravi? The SBC? Christian Nationalism? How do we break the fever?

The answer is both simple and difficult, until our hearts break, we will never be able to reckon with this brokenness in our culture. Until our hearts are broken by what breaks the heart of God, until we rediscover “true religion” (James 1:27) and learn to live wisely in this world, until we are okay with the discomfort of uncomfortable conversations, we will not be able to move beyond our cultural moment as the Church and we will continue to be winnowed down to the remnant by God whose winnowing fork is meant to bring about repentance and contrition. Until the Church makes a genuine posture of repentance that involves a radical change in behavior, from power-mongering like the Gentiles to taking up the towel of Jesus, nothing is going to change.

But that will require us to sit with the homeless on the street and listen as people shout insults at them on the way by. We will have to realize just how much hurt has been caused, even unintentionally, by our pharisaic legalism and power-mongering. That will require us to get in the trenches daily, to hear peoples actual objections to Christianity and not respond with an intellectual argument, though we may eventually get to that point, but with empathy and compassion, neither of which are sins, but are parts of God’s character and holiness and are even required by him to be shown by the Disciples of Jesus, through the teachings of Jesus. They are actually signs that we have truly and fully grasped what was done to save us and have been saved. Jesus goes so far as to tell us that if we are not able to show mercy in the same way he has, forgiven in the same way he has, we will be turned over to the torturer (Matt 18:35) and that our failure to care “for the least of these” will result in being sent away into eternal punishment (Matt 25).

I pray that day comes soon, that the heart of the church would be broken for the broken, for the marginalized, for the poor for the person we so often dehumanize, whoever they may be. My experience in Denver taught me that the only way we are going to heal together is to mourn together. We are a long way off from that in a lot of places, especially within American Evangelicalism. But in not doing it, we are missing out on the realization of a revelation style reunion of the Body of Christ, though not perfect as that one will be, here on Earth.

Lord, may you break our hearts with what breaks yours, Amen.