A Life of Proven Faith 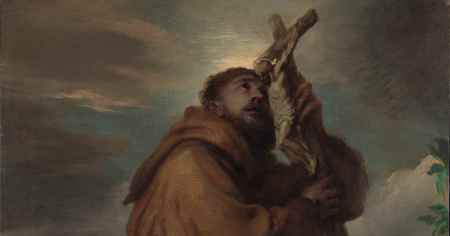 What Does Assisi have to do with Jerusalem or even us today?

There are just some moments in Church History that, if I had a time machine or a DeLorean with a  flux capacitor that I would go back and witness, I would. One of those events may seem strange to you, but it makes perfect sense to me. Let me set the stage for you, the local clothier had drug his son down to the front doors of the Cathedral and demanded the priest come out to see him. This even was precipitated by the son tossing expensive clothing and clothe out the window of his father’s house. The son had been to war, been captured and imprisoned and been released due to illness. While he had been recovering he had read the bible and on a walk through the countryside had an encounter with a crying crucifix in an old , dilapidated chapel. This awakening had caused him to denounce his worldly ways and pursue a life radically transformed by Jesus. Whether it was zeal or a side effect of the illness that caused him to throw his father’s goods down to the poor of Assisi the chronicler’s of his life do not tell us.  As the Bishop took him into the cathedral to question him, he took off his clothes, walked out of the church completely naked, handed his clothes to his father and walked away. Some of his peers, seeing this, decided to do the same and so began the Friars Minor of Francis of Assisi, or as they would become known as: “The Franciscans.”

Today, a statue of St. Francis of Assisi stands under a lamp in my living room. As usual he id depicted in his brown tunic with a lamb in one hand and birds and rabbits and other critters around him. But as my pastor and friend Father Tyler Gongola pointed out in Sunday’s Sermon this is not the best description of the little monk from Assisi from the 13th century. Unlike the movie depiction of “Brother Son, Sister Moon.” Francis was not some strange hippie wondering through the woods, restoring San Domino and whispering to birds. No, he is an example of what the rule and life of faith is meant to be. In his 25 years of ministry, Francis served everyone, even going so far as to preach the Gospel to the Sultan in hopes that by converting him they might avoid the bloody crusade going on outside.

Awhile back I preached a sermon called: “Proven Faith” in which I looked at James 2:14-19. On Sunday I heard a similar sermon on this topic and, as I did, Francis was used as an example of what it looks like when “you show me your faith by your works.”

But why is that?

Let’s not forget the age Francis lived in. Like us, he lived in a day and age where Christianity had largely become or was becoming complacent. All of Europe had been evangelized, global exploration was still a few centuries away and Christendom in the west was looking back to Jerusalem. In the popular sermons and writings of the time outside of the Monastic orders, there is much to do about going on Crusade to “Win back the Holy Land.” Young men grew up wanting to be knights who fought valiantly, won great battles and riche, all in the name of God and the Church. Historians question the wisdom of these crusades, and we can find modern justifications for the Culture Warrior mentality of many Evangelicals today. In fact, the two are often framed in the same light: “Taking back the Holy Land” = “Taking back America for God.” Both involve demonizing and scapegoating and justifying the way we treat other human beings made in the image of God. They also become distractions for dealing with real pressing issues within the Church itself. As I said before, it was because Francis saw this as so ridiculous that he went to Jerusalem to meet with the Sultan and it stands in stark contrast to Constantine’s “In this sign conquer” that has been carried down through the ages through the Crusades and Culture Wars.

It stood in stark contrast in the time of James too. The book of James was written sometime after 66AD and is likely a response to the revolutionary spirit of the Jewish Zealots who were preparing for war against Rome and using much of the same Apocryphal language later employed in the Crusades and our own culture wars. These Zealots were trying to forge an alliance with the Christians who they also saw as oppressed by Rome, just like them. It would have been a matter or true religion to join the rebellion, only in freeing oneself from Rome could the Jewish Zealots, and by their estimation the Christians, be free from oppression and usher in the Kingdom of God. It is in the middle of this that James writes in chapter 1: “True religion is this, to care for widows and orphans and to keep oneself unstained by the world.” and then: “faith without works is dead.” James is telling them emphatically: “You see these people over here who are claiming true religion and trying to get you to rebel against Rome in the name of true religion? They are wrong, that is not what Jesus taught, so go and do what Jesus taught and do not worry about what those in the world are doing.” Of course, the Jews did revolt in 68 and Nero and then Titus would crush them as well as persecute the Christians, whether they had joined the revolt or not. As a result, Judaism was scattered again, this time for over 1000 years and Christianity would, through martyrdom, grow rapidly as a religion that served and cared for widows and orphans.

What James saw, what Francis saw, was the way of the world becoming the way of Christianity and the Church, or at least the potential for that. Their responses are to tell us to be radically different, to prove the faith we have in Jesus through our works. Martin Luther would tell us to: “Do what God has put within you to do.” John Calvin would tell us that: “God has prepared good works beforehand for us, so we need to do them by the common grace we have all been given.” That is, while we are saved by faith, we are saved for the work of Christ. If the Church is to be the continuation of Christ’s presence on Earth through the indwelling of the Holy Spirit, then we must take up the cause and mission of Christ as he called us to do with the help of the very Holy Spirit that is indwelling. The Jesus life, the Jesus Way, by the Jesus Means. If we say we have faith in Christ but we do not do the works of Christ in our society then we do not have faith in Christ. That might be a hard reality for us to accept, but John’s epistles bear out the same message: “If we claim to have fellowship with Christ but walk in darkness, we deceive ourselves” and “the love you show others will show your faith.” (please note, those are not exact quotes, merely summations).

Which brings me back to St. Francis. It was his intention that his Friars live out this life of Jesus. This is evident from the rule of 1221, which was approved by Pope Innocent. The first sentence of the first rule reads: “The rule and life of the friars is to live in obedience, in chastity and without property, following the teaching and footsteps of our Lord Jesus Christ.” This would later be changed to: “The rule and life of the Friars minor is this, namely, to observe the Holy Gospel of our Lord Jesus Christ by living in obedience, without property and in chastity.” Both the rule of 1221 and 1223, from which the second quotation comes from, include multiple exhortations to serve and love the poor. It was absolutely essential and it was always to be married to preaching and proclaiming the good news of Jesus. They were not just saying: “be warmed a fed” and sending people on their way without aid, they were providing real and genuine love and care for the sick and oppressed.

Francis example stands in contrast to the prevailing attitude of much of the evangelical elites of the 19th-21st centuries. While early revivalists like Charles Finney and occasional evangelists after him showed concern for filling the needs of the poor, in general, starting with D.L Moody in the late 19th century and continuing today there was a baked in negativity towards caring for the poor and oppressed among us. D.L Moody even famously said: “The poor should learn to pull themselves up by their bootstraps.” and the quote: “God helps those who help themselves” (which originates in the Quran, is still used among older evangelicals and conservative Christians. Anything that tells us we should care for the poor or immigrant among us is labeled “liberal” or “Social gospel” and is dismissed in favor of “just preach the Gospel.” The problem is, to James, to Francis and to many in my generation today, preaching the Gospel is inextricably linked to living the Gospel. That is, if we truly believe this is good news, then we will live the way Jesus modeled for us to live, we would, take Jesus seriously when he tells us to care for the poor by his example or heal the sick by his example. Francis did this among lepers whom he did not consider too inhuman or sick to hug.

No matter how hard we try to, we will never be able to escape the reality that true faith in Jesus is an active faith that lives by the example of Jesus. And when we refuse or live opposite the example of Jesus we are showing that we really do not have faith in him and that our religion is not genuine. To use Jesus’ own words, “I do not know you” because no matter how good or bad a life you lived, if you do not know me and live by my example then you are not part of me and you will be sent away from me. What a sobering reality as we live today, let us remember to do all Jesus commanded and prove our faith, just like St. Francis and so many others.

May God have mercy on us all.

What Erin Saw
The Political Captivity of White American Evangelicalism.