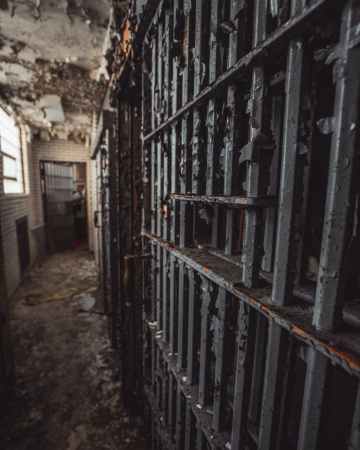 Church History is repeating itself, and why Pew’s numbers are concerning

In 1520 the monk-turned-reformer Martin Luther wrote a treatise called: “On the Babylonian Captivity of the Church>” In which he argues that by withholding the cup from the Laity, making the Mass a sacrifice and a good work and transubstantiation. The Roman Catholic Church was holding the people captive to “Greek Philosophy” and “Scholasticism.” To Luther, The Eucharist was not the Priest bringing God down, but: “a means of grace, God’s self-revelation, through the real presence of Christ in the word and element.” Similar to our own day, Luther was dealing with what he considered: “Misapplied” verses, pulled from their context and twisted to fit with a Greek and Scholastic Philosophical idea, rather than the overall narrative of Scripture. This denied the grace of the bread and the cup to the laity, put the laity in a perpetual state of fear of losing their salvation and led to a false understanding of what was really going on in the Lord’s Supper.

I write this after a report from Pew Research found that more white Americans adopted than shed the “evangelical” label during the presidency of Donald J. Trump, especially his supporters. This result was contrary to what was expected, as researchers were expecting to see a drop in the use of the label “evangelical.” That is, they were expecting American Evangelicalism to shed more than it gained, but found the opposite. Under Pew’s definition of Evangelicalism this means the number of Americans who had a “born again experience” increased among the white supporters of the former guy. Their stated reason for joining “White evangelical Protestantism” was not because they reported having a “Born-again experience” but because of its ties to the former president of the United States.

There is no universe where this is a good thing, none, not ever, in no universe.

Because it shows us how closely tied American White Evangelicalism has become tied to American Right-Wing politics, particularly within the Republican Party. That is, the views of the people in the pews now more closely resemble right wing republican ideology, than the words and life of Jesus Christ. White, Evangelical Protestantism has become captive to GOP politics, but even more sinister, it has become captive to one man, Donald J. Trump. This is evident in the rise of the “patriot churches” that the Washington Post reported on in 2020, but also in the average run of the mill Christian in the pews being better able to articulate Tucker Carlson on Immigration rather than The God of the Universe of Immigration. Which has led to pastors (myself included) being ousted for speaking to contemporary from the Bible, a bible which strongly contradicts and condemns the positions of many on the right on everything from race to immigration to how we treat the poor. The Outrage of OAN has replaced the Love of Jesus, the cruelty and outrage of the former guy the compassion and grace of Jesus.

This cancer is nothing new, as Kristin Kobe Du Mez pointed out in her book Jesus and John Wayne, this cancer has been mediatizing for decades, as a Historian of the 19th century, I can tell you it finds its precedence in the Whig Theology of Princeton and in the later Eschatology of the Revivalists. As a theologian I recognize the same thing Luther saw, scriptures being twisted, ignored or pulled from their context to support this heresy, while anyone who challenges them is seen as worthy of scorn, the disciples of Jesus need not question the disciples of Carlson.

I want to be clear here, this is not hyperbole, I have literally seen this happen. The trouble that led to us stepping down began after I addressed immigration in a sermon. A month earlier, someone had anonymously sent me a book by a right-wing group that actively pushed “replacement theory” which claims that the left is using immigration to “replace white people.” A theory embraced by Carlson and by more than 1 republican congressmen/women. This was on top of hearing conversation after conversation and word of fearmongering about immigrants, blacks, democrats and whatever else was the boogeyman of the day. To be certain, it was not everyone or every conversation, there were a lot of good people who were at the very least trying to stay above the muck and follow Jesus. We pray for them and hope they thrive, share their faith and love their neighbors without fear. Still I am one of at least 5 pastors I know who had the exact same experience, confront an idea in the culture with biblical truth or ask a member to consider another point of view and get run out of town. Calling for repentance from these things will get you destroyed in the court of public opinion, as you become the boogeyman they’ve been warned about.

It should not need to be said that the way of the modern GOP runs counter to the way of Jesus. The Gospels, and the bible as a whole are relevant to our time and speak to contemporary issues, but they often condemn both the position of the right and the left. The right, the attitude of cruelty toward the immigrant is condemned, on the left, the performative “be warm and fed” attitude is condemned. On racism, the segregation and separation of the body along racialized lines is condemned, on the left, the desire to swap the roles of Oppressed and Oppressor that can sometimes manifest is condemned. In any case, the Christian Nationalism that the Pew Research points us to and which we saw on display on January 6th is strongly condemned by Scripture, specifically Revelation 13-15, as willfully bowing to a nation or a figure head in a nation is how one actually receives the feared: “Mark of the Beast.” (That’s right, you cannot receive it by mistake, it’s a willful act, not a microchip in a vaccine).

I have said before we are inviting the judgment of God on ourselves by this course of action. Because of Christian Nationalism and the idolatry surrounding the former guy and republican ideology. Whether that judgment comes in the form of the government taking up the sword (Romans 13) or at the end of days (Matthew 7, 25) is yet to be seen. Still, Church History reveals that anytime the Church becomes captive to the state, through forging an alliance in which the Church thought it had the upper hand, it does not end well for the Church. Look at Medieval Christendom and the Churches capitulation to Nazism in Europe and the effect it has had on European Christianity for examples.

So what is the solution? I really wish I had an answer, because right now many people who call themselves Christians are headed for eternal damnation. I do think we are seeing a new reformation emerge among younger Christians. Most of whom want nothing to do with the politically captive churches they grew up in. They are taking Christ seriously, and that is good. Still, there is great frustration and sadness among us to know that so many who claim to be Christians that brought us up in the faith, may be sent away with the goats, rather than welcomed with the sheep. Not that all people my age are sheep, we certainly have our issues as a generation, the embrace by some of Arianism and Eternal Substitution of the Son by some for starters, but there is a reason we are less politically and Churchly active than the generation above us. As one commenter said on Twitter: “It is because we are looking for community, compassion, kindness and love and care for the poor and we are not finding it in the church.” Which, by the way, is the very place it should be seen the most.

I pray that if you are reading this and find yourself convicted, that you repent and come and be part of the solution. Return to a right relationship with Christ, He is good and faithful and will forgive and restore you. If you are part of the solution, continue to do so, not from a place of self-righteousness, but from a place of humble service. Just as our savior did.

To God alone be the Glory.