Drinking of the Ancient Fount 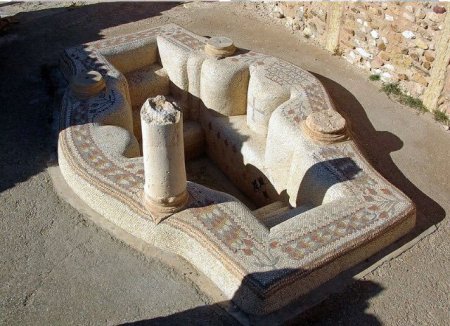 Perhaps the way forward for American Evangelicalism is actually the most Ancient Way.

As much as I have come to take issue with many parts of John Piper’s theology and the fruit of much of his theology. One thing I learned from reading his books that will always stick with me is his insistence that we read old books. That is the entire point of the first Chapter of “God’s Passion for His Glory.” In fact, it was through Piper that I was introduced to Jonathan Edwards and it was through reading Philip Schaff that I was first introduced to Mercersburg. While these are old books though, it was through Mercersburg that I began reading even older books, yes, I had read Calvin and Luther and even a little bit of Augustine. But, while it seems that Augustine is the only Church Father worth reading within Protestantism, it should be noted he is far from the only Church Father, even less the only one worth reading. Interestingly enough if you read Jonathan Edwards: “The History of the Christian Church” you get the impression that the line of succession went: Jesus – Augustine – Calvin – Westminster. Edwards even says that: for 1500 years the Church was in the darkness of popery.” Meaning from the time of Jesus, to the time of Luther. Edwards wrote 110 years before the Swiss born Schaff would set the foundation for the entire study of the field of History in the United States which we still use today, Still, it seems ignorant to dismiss 1500 years of Church History. You’ll notice Edwards even leaves out Augustine, whose work his own Calvinism centered on. Edwards failed to realize how his own theology was heavily influenced by the Scholastics and others who worked to marry theology with philosophy. One hates to call one of the greatest theologians of his time arrogant, but in some ways Edwards was, even if we consider the fact that it was not until Philip Schaff edited them that we had access to even more ancient writings.

But this was not lost on the Mercersburg Theologians, on the contrary, they were responsible for closing the gap between what we know about the ancient church and what we actually know. It was Schaff who wrote the first critical history of the Christian Church in 7 Volumes, who first gave us a framework for studying Church History, who showed us how Church History interacts and influences us today and most importantly, gave us the writings in English of the Church Father’s that are still widely used today. If reading the works of Edwards and Mercersburg give us a chance to read old books, then maybe the next step should be to read ancient books. To read those books which first impacted the church and which respond to specific issues after the time of the Apostles. The voices of those who affirmed and finalized the canon that we call the Old and New Testament. Perhaps the books we need to read are books from the fount of ancient wisdom that we call The Church Fathers.

I will warn you though, reading the father’s will ruin your Calvinism, your Lutheranism, your baptistic, your whatever your flavor Christianity, they cease to let us go wher we are comfortable and force us to think through serious topics that were once settled by the Church. Heresies we now embrace today, such as Gnosticism, Arianism or Pelagianism will be challenged anew by the men and women who first fought against them. Once again they will not hold water when held up to the light and once again darkness will be destroyed by light. The Church Father’s caused John Williamson Nevin, Schaff’s colleague at Mercersburg to experience: “A certain dizziness” in which he wrestled with returning to Roman Catholicism. They made Schaff argue for a tradition that answers to love, not to our whims, a tradition guided by the Spirit that centered on the Spoken Word and the Eucharist. Influenced as they may have been by the Tractarian movement within the Anglican Church or the deeply Sacramental High Church Prussian Movement within Lutheranism, it was by the Gospels and Father’s they made their case for the Church as One, Holy, Catholic and Apostolic.

Sure, Augustine is great, but have you read Tertullian? How about a guy named Cyril of Jerusalem? How about Irenaeus, a disciple of Polycarp who was a disciple of the Apostle John. How about the Cappadocian Father’s (and their sister Macrina). Each father is preserved for us by the Holy Spirit to teach us how Christianity is to look across the ages. Tertellian writes about patience is the preaching the spreading of the Gospel, a direct contrast to our “no holds bar/at all costs” speedy evangelism today (what we know as evangelism today was not even mentioned until after Constantine, see: “The Patient Ferment of the Early Church” by Alan Krieder). Irenaeus gives us the first harmonizing of the Old and New Testament, showing us how everything from Genesis 1-Malachi 5 (or 6) points forward to Christ and the things he has done. Gregory of Nyssa, Basil the Great and Gregory of Nazianzens not only give us rich sacramentology but a glimpse into what the early Church taught about justice (particularly in the social spere) and hwo that flowed directly from the words and actions of Jesus.

As a born and raised Presbyterian I never had an issue with Infant or Paedo Baptism. It was the idea of regeneration within Baptism that I took issue with. Then I read from Irenaeus: “Christ, coming as a Baby and experiencing our whole life, redeemed each part of the life, from birth, to infancy, to childhood, to youth, to adulthood. There was no part of our life that was not redeemed and sanctified.” Not only does this find resonance in the incarnational theology the early church believed, it also gives us reason to believe that grace is imparted in baptism, that God can redeem infancy as much as adulthood, and indeed did redeem infancy as he did adulthood, so why can’t the God of the universe redeem an infant in the waters of the covenantal baptism. Again, this challenges our Calvin-informed soteriology where one comes to a saving knowledge of faith, and while it is true that a child who is baptized may walk away from the Church and from Jesus, the hope is that by receiving the grace of the sacrament and instruction in the faith (catachesis) that they do not depart from the Church or the faith. Every child at some time in his or her life will ask questions and make a decision, but we can help guide them into Christ by allowing them the grace of the sacrament because Christ has redeemed their stage of life.

Some of my Credo friends have now stopped reading by now, and it is not my intent to make a full case for infant baptism, but that is one example of how the Church Fathers have influenced my thinking as I read from the fount of ancient knowledge. As an aside here, we are well aware that the Church practiced both the baptism of Infants and confirmed adults. Suffice it to say, reading the Church Fathers can be extremely disruptive, and I have not even mentioned Athanasius, Clement and others.

But what if you are deconstructing? What if you are looking for something deeper from Christianity, you are dissatisfied with the American Evangelical status quo. We are all aware that White American Evangelicalism is sick, someone on Twitter has even suggested we try: “turning it off and turning it back on again” to see if that will fix it. The problem is, if you unplug it and plug it back into the same shallow source, the result is more and even greater dysfunction as Heresies multiply and people continue to run for the hills at the sound of your name. I mean, we have this depth of knowledge, 99.99% of which was written by people with Black and brown skin whose countries the west deemed “goddless” even though North Africa was the center of Christianity for several hundred years before the Gospel came to the British Isles. But they gave us a wealth of knowledge and wisdom that can help and guide us even today and if we unplug American evangelicalism from its current source and plug it into the Church Father’s, maybe we have a chance.

There is this view of the past that I hate, one that I demonstrated in Edwards above, that anyone who existed before the Enlightment or Reformation or Scholastics were these backwards people who did not know anything and had not intelligence. That could not be further from the truth, in some ways they are actually quite a bit more intelligent than we were, able to recognize when something that was contrary to the scriptures, such as “eternal subordination of the Son” (practiced today by the hardcore Complementarian crowd) was outside the bounds of how the Trinity could be understood. Smart enough to put safeguards into the Creeds against such foolishness through language like: “God from God, eternally begotten of the Father, Co-Equal with the Father” etc. Smart enough to recognize the “Body evil, spirit good” dualism of gnosticism was a direct contradiction of what God did in the Incarnation, and that the Incarnation was the lynchpin and blueprint for how the New Life in Christ worked, that to undermine the incarnation was to contradict the very words of God in the Old Testament themselves. Yet, in our post-enlightenment world, we have a hard time recognizing these things and some have even pursued them as gospel truth. Our failure will be our undoing, in fact, it is.

So my point here is not to convinced you of any theological position but to encourage you to read the Father’s and read them well. Start with Irenaeus: “The Demonstration of the Apostolic Preaching” and go from there. Read and let them challenge you as they expound on the scriptures and the teachings of Jesus. They are not backwards men and women, but a people guided by the power of the Holy Spirit who was guiding and directing the formation of the young church just as He is today. It is time for all of us to take a drink from the fount of Ancient Christianity and drink in dep for the sake of our neighbors and Christ.

“This is the Temple of the Lord”
The Pastors and People the Church Needs.