The Pastors and People the Church Needs. 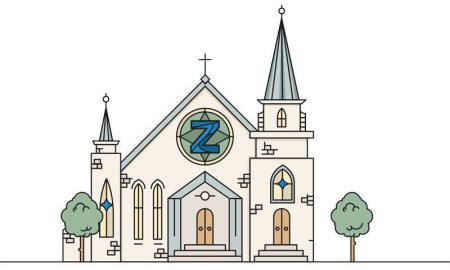 It seems like everywhere we turn the news is bad, not just because the 24/7 news cycle is aggressively negative, but because there is a lot of stuff happening in the church that paints a very negative picture of Christ and his bride. Take, for instance, the recent resignations from the Executive Committee of the Southern Baptist Conventions, resignations that came only after the committee was forced to obey the will of the messengers and waive attorney client privilege in the upcoming investigation into the mishandling of sexual abuse cases in the SBC, its churches and seminaries. Or the claim that DC Mega Church Pastor and author David Platt violated the churches by-laws during an elder vote where the opposition (who also claim he is teaching CRT) tried to stuff the ballot with votes from those who were ineligible to vote, which has now ended up before a secular court. Or the situation at Bethlehem Baptist and its Seminary in Minneapolis. These are all stories we are all relatively familiar with if you follow Christian news. But if its happening in big churches it is happening in small one’s as well.

Here is what I know, I am one of 20 pastors who was either fired or forced to resign this year that I am aware of that come from small rural churches. I am also aware of at least three more situations similar to my own that could go either way for the pastor, and that 20 does not include those I know who were able to weather the storm and survive the malaise. What do most of us have in common? Most of us are below the age of 32 and would fall under the category of Millennials or Gen Z. But It is not just from pastors our age, I have heard from pastors of every generation that it has become more difficult to pastor in the last two years and most are burned out and ready to quit. Most of them are also small town or rural pastors and most of them have faced the same cruelty we are seeing in places like McClean Bible Church, Bethlehem Baptist and The SBC. Even as Pew releases numbers that suggest trust in the pastor is at a 10 year high, more and more pastors have been forced out or had to quit.

Not that we were not aware that something like this would happen, we were warned in 2020 about “the coming pastoral burnout” which some poo-pooed as fearmongering, well, here we are, but it is not just burnout. It seems that in many churches throughout the Midwest and south if the pastor does not tout the line of the republican party and preach republican talking points, they are on the outs with their congregations. Even just acknowledging the truth that the 2020 election was free, fair and secure will get you hamstrung, and let’s not get started on what happens if you touch other contemporary issues such as immigration or racism from the pulpit, especially when that comes directly from the text of scripture.

But it is the age and generation of these pastors that gets my attention, not because their all young and relatively inexperienced, but because, as the quote says above: “(They) are the generation that (the church) needs to reach.” Because if the Church does not reach Gen Y and Z then we are headed for a world of hurt, especially in small midwestern towns where the churches histories have already disillusioned the town from ever darkening the door. This seems easy right? And it should at least be easy to grasp, but yet, these articles continue to be written and it keeps being said from pulpits to churches that then choose comfort and safety over reaching the lost in their communities. I have said before, my generation is not engaged with the church and that is heartbreaking to me, and they are not engaged with the church because they keep seeing their peers hurt, be they victims of sexual abuse or pastors who were victims of a coup. You see that enough times you cement a dim view of Christians and through that, a dim view of Christ.

Need I remind us that it is far from supposed to be this way. The Church long existed as an outsider in society, it was persecuted and put to death and had little in the way of any comfort at all. It was also multi-generational, you would sit down to feast and on your left would be an older man, and elder statesmen and on the right would be a mother holding a young baby. They did not have the choice or the luxury of having a church for the young and a church for the old’s, and we are increasingly losing that luxury ourselves as God refines His Church anew. We simply cannot afford to be apathetic towards evangelism, towards reaching people with the Gospel in both word and deed. We have to be a people as Christians where the young learn from the old and the old learn from the young.

Let me give you an example from my own life. I am now reaching what some would consider “Middle aged” as I enter my 30s. But I am also at a stage where I have a two-year old and a 4 month old who for 25 hours a week, I am the primary caretaker for. There is much for them to learn from me, I am their father, there is much they will need to learn from their mother. However, as I watch them I realize there is much I need to learn from them. The wonder that comes across my daughters face when she sees a play structure at a park, when was the last time I approached life with that kind of world stopping wonder, when was the last time I showed up tow orc and said: “Cool, rollers to roll the packages to the belt” (aside I work for UPS). Or holding my 4 month old while I feed her as she is going down for bed at night. Cuddled up close in warm pajama’s and a sleep sack, contentedly taking her bottle, slowly falling asleep. When was the last time I did that with God? Until recently it was before the start of the year. In forgetting to see these things I became the very thing I hoped not to be at the circumstances we were placed in, angry, angry to the point of needed to repent and get counseling. This is a lesson one of my Aunts has taken to heart, one day about 10 years ago we were walking along the Sterling Lake in Sterling Kansas when she saw a duck. “You see that duck, it’s wonderful, it is doing exactly what God created it to do and that is amazing.” Until that point I had seen those ducks as just another animal that inhabited the lake with the geese. My Aunt’s childlike wonder at the duck, my daughters child-like wonder at the playground rand my 4 month old’s contentedness remind me and reteach me how to approach life and more importantly God.

How does this look in the Church? Well, again, let me give you an example from my two-year old. She loves watching the service, singing the songs, hearing the bells during the Eucharist, the smell of the incense. To her it is all new and exciting and it should have been to me too, suffice it to say anger can keep you from really seeing what is happening before you. But the last few weeks when I have watched her wonder at the service it has helped me wonder at the service. Here I am at 30 needing the reminder only a child can give me, that we approach God with child-like wonder and rest at his side content: “Like a weaned child with its mother” (Ps 130:2).

But if this is missing, this opportunity to learn and grow and relearn what it means to be a Christian over and over again from one another is lost, the church will not benefit and will eventually die. The same is true for churches for the old or for the young. Jesus intended the church to be multi-generational (and multi-ethnic, but that’s a different post) but we have lost sight of that and in a lot of places, made church about us and our comforts instead of the Gospel of Jesus Christ.

But again, how are we going to reach the next generation if the next generation is absent from our churches? That is, if our churches are not places that are about the Gospel of Jesus and not the creature comforts that are oft idolized (in every generation) and are seen as somehow “essential to the Gospel.” The proclamation of the Gospel is essential to Christian identity, and that can be done in the biggest church auditorium or in the darkest drain pipe of Denver where no light ever pierces. That requires us not just to speak the good news, but to live as if the news is good so that we attract people to Jesus and not push people away.

If I sound like a broken record…it’s because this all needs to be repeated over and over.

But how do we live the Gospel in a way that is attractive to my generation? The answer is simple, do what the bible tells you to do. Stop listening to the talking heads whose agenda is to instill fear so they can sell advertising and make themselves richer. Stop listening to the politicians who will scare you into voting for something or against someone. Stop participating in the endless culture wars that only bring death and division. Put away all of this rage and anger and malice and start doing what Jesus and the Bible tell us to do which is so nicely summed up for us by the Prophet Micah: “Do justice, love mercy and walk humbly with your God” (Micah 6:5).

That means pursue justice for sexual abuse survivors in the SBC and walk with them in mercy as a sign you are walking humbly with God. That means laying aside this nonsense about “Unhinged Apathy” or “The sin of Apathy” and start listening to the victims of violence, be it domestic or at the hands of officers of the law. Start listening to our Black and Brown brothers and sisters when they identify injustice within the Church or within civic organizations. You want to reach the next generation for Christ? Then start taking seriously what the Bible says about contemporary issues and instead of saying to someone: “be warmed and fed” and send them on their way, show me your faith by your works (James 2:12-17). Words and fancy buildings mean nothing when they are not backed up with actions that follow the example of the actions of Jesus.

Because the generation you are trying to reach, and the generation of pastors that are currently being kicked out of the church, would rather worship in a hut with a dirt floor where the homeless are welcomed, than a cathedral where they are not.

Drinking of the Ancient Fount
The Beauty of All Saints