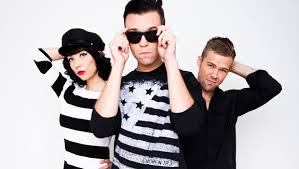 So Stand-out Tooth ‘n” Nail act Children 18:3’s final album “Come In” came out today and I’m curious to see the Christian reaction to it. I wonder how many Christians will get back the first track, or will one line trip them up and turn them off to the rest of the album.

The song talks about the lead singers journey in life and through the music industry. The song is metaphor, but the message is simple. God has told us to “Come in” and forget our troubles and remember the lessons we’ve learned in life. The song ends with the following lines.

“Are you empty, are you broken,

Are you lost and all alone

Unaccepted, suicidal, looking for a home

Heavy hearted, forgotten, you’ve got no place to go

Homosexual, unlovable, are you just a little low, Come in”

As much as I hate to say it I am afraid the reaction to that last line will be similar to Dan Haseltine’s twitter comments last year. Fans will start calling for a boycott of the Christian Punk Rock Band’s shows, albums and merchandise and their final album could go down in history surrounded by a haze of issues.

I hope that is not the case, I would hope that Christians, especially conservative Christians have learned from previous mistakes made towards the LGBT community. Christians who are quick to condemn hateful and destructive actions committed by members of Westboro Baptist. Then join in their hate when Christians try to reach out to others by showing them the Love of God. As we saw with Haseltine last year, or have we learned from our mistake.

Have we learned, as believers, that attacking other believers for trying to reach out to people whose lifestyles we may

disagree with, is only causing more division. If we have not then I am in for one heck of backlash for writing this article. Because my reasons for backing Children 18:3 is the same for my reason for supporting Haseltine, I am a Christian, called to show others the Love of God despite any aversion I might have to their lifestyle.

I have friends in the LGBT community and I have served alongside believers who have struggled with those questions and I did not form those relationships by hating them. Like Children 18:3 I said “Come in” come and be a part of my life, let us learn from one another. So many of us live under the assumption that if we disagree with someone we have to hate them, but I have been deeply blessed by some of my LGBT friends.

I find it funny that we accept the prostitute who poured perfume on Jesus feet and wept and dried his feet with her hair, but any mention of the LGBT community and a war is started. Is this not a double standard? If Jesus can accept this woman can we not be accepting of those we do not agree with? I do not want to get into the argument that “Jesus would have done this or done that” No am I saying we should accept sin with open arms. I am simply addressing our reactions to people and people groups that we should accept, in spite of their sins and are own sins.

An Open Letter to the American Church
Short Story: Why the Church Lost the War.