MacArthur’s Comments on Social Justice: Why He’s Half-Right on Matthew 5:13-16 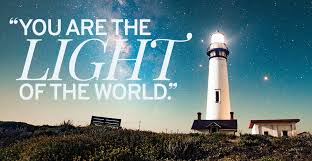 If you have been following me for awhile you know that I tend to take a hard line stand on the churches involvement in society. The Church is given the Gospel and is meant to live out that Gospel in every sphere. Now, how we do that I generally leave up to the reader, especially as one who refuses preach and agenda or support any particular agenda especially one put forward by the current political nightmare. There is one issue I have and will continue to insist upon: that Christians should always take up the cause of Justice in their immediate context and work towards the horizontal reconciliation we have in Christ. I have argued before that Christians should be engaged in Social Justice issues because the transforming power of the Holy Spirit in tandem with the Gospel compels us to be a people of Justice.

So when a man as learned and knowledgeable about scripture comes out against the idea of Social Justice I tend to wonder if we are reading the same scripture. I do understand that we all approach scripture with our biases and upbringings and hopefully the Spirit will help us put those aside and bring us to what God is actually saying in the text. The problem is, I think MacArthur is partly right in his comments. I have preached on Matthew 5:13-16 as part of a sermon series called “The Hard Words of Jesus” while I was at Stafford, a series I spent a month reading for in total because I wanted to understand the difficult texts of 5:13-20. MacArthur is right when he says that Christ is talking about the Light being Christ and His Gospel and the salt being the Gospel as a preservative. However, Jesus however uses the first-person plural in Greek, meaning “You” or “you all” to refer to those listening to the Disciples. He has also just finished the Beatitudes and will soon talk about his mission to fulfill the law and not abolish it.

I do understand his hesitancy, and his critique is not wholly without merit. I myself am critical of the modern Social Justice movement because it tends to reject scripture in favor of some enlightened statement of “tolerance” which is actually extremely intolerant. This though, is a result of the Church forfeiting its responsibilities in large part, in the social sphere, to pursue political advancement and power or to maintain some perceived status quo. Christians once led everyone on matters of Justice in America from Homeless ministry to care for the elderly to detox centers and so on and so forth. At the beginning of the 1900’s fundamentalists began pursuing an agenda of social reform through the government and even abdicated their responsibilities to the federal government by supporting The New Deal and expansions of government services. Meanwhile Christian leaders became more insular in their focus and even began rejecting those they had once served. Adopting the rampant individualism of their time and ours they dismissed the suffering as people who simply needed to work harder so God would lift them from their poor state. The result tends to be a Social Justice that is done poorly and without the influence of scripture. In fact, I would even argue that the current Social Justice movement is not even Just since it seems more concerned with turning the oppression back on the oppressor instead of true reconciliatory Justice.

There are, however, many within the Church who understand biblical justice and how it should be lived out. Names like Timothy Keller, Branda Salter McNiel, Bryan Lorritts and many, many more are calling us to true biblical justice that results in biblical reconciliation. Secular Social Justice has no basic or principle for a true notion of Justice, the Church does and many of its leaders are embracing that.

That being said, here is why MacArthur is more wrong then right on this topic: Jesus speaks knowing the completion, knows that He will promise the coming Spirit that will make a way for us to live out the Gospel and knows that one day Paul will call us to be imitators of Christ. He had then the benefit of foreknowledge, He knew that those people could not just hear the Gospel but be the Gospel because the spirit was dwelling in them. They could, by His power, go out and be Salt and Light to the world. The Gospel, working through us, lights the way towards truth and the Gospel, acting as Salt through us is to preserve the society.

One of the ways to preserve a society is to preserve Justice in its highest form. That is, because I can act righteously on God’s righteousness, even if that be imperfect at this time because I am still imperfect, then I can be Just in my decision making and actions towards others. Conversely if I am living a righteous life I will not do that which is unjust or commit any injustice towards my brothers or sisters. In short, a righteous society will naturally do Justice since Justice is a by-produce of righteousness.

I have said this before in sermons but it bears repeating, this was the intention for Israel. They were first and foremost, living by the law of God, to be a righteous society and when they failed at that, simply turned to traditions and practices, God became displeased with them. Not that I am trying to say that MacArthur has brought upon himself the displeasure of God by rejecting Social Justice, but that his theology has always seemed to be a bit too focused on fundamentalist traditions to the exclusion of all else. Preferring Christians be in the World but not really in the world so we can avoid at all times anything that might make us look of the world. MacArthur has written many great works in his lifetime some of high quality, it is unfortunate that he has maligned himself with comments like this and with the “Strange Fire” controversy over Charismatics.

If Jesus is correct and we are the light of the world, as in, the Gospel lived out in this world meant to light and preserve the Earth then we must, if we are to be consistent with the whole council of scripture, seek to do Justice in the church and in the social sphere. That is not a Justice that rejects the Gospel as our secular counterparts understandably do, but a Justice because of the Gospel, the Gospel making us Just as it works through the Holy Spirit to make us righteous. So when we come across an unjust system we can stand up against it and even work to rework it to remove that injustice whether it be through corrective measures, if required, or through just changing the way the system works. Doing so with the reconciling mindset, that total restoration of person and relationship can be established. Remembering that unjust systems are dehumanizing to both the oppressed and the perpetuator. Acknowledging too that sometimes the goal of restoration of relationship is impossible because of the nature of the oppression and the extent of the damage done. (Note: I would apply this to an abusive relationship or rape, not to ethnic reconciliation though I have heard two stories recently about abusers and the abused reconciling).

So, MacArthur is partly right, Jesus is the Light of the World and we become such when The Spirit dwell within us. The Church is not just a mere collection of humans untouched by the divine, but a great family bound together as the continued incarnation of Christ through the indwelling of Christ to be made into a reconciled Holy Temple (Ephesians 2). If the Gospel is to have such a great effect on us then we are, out of gratitude, obligated to participate in the healing work of Reconciliation and Social Justice is a tool we once wielded for that work.

Now, I know some of you think I am trying to synchronize or justify, but the more I read scripture, really read scripture, the more I see God’s heart beats for everyone from the poor to the rich for the reconciliation of us to himself and us to one another in every sphere of life. There may be some spheres where this is impossible right now because of how thoroughly secular they have become, but that should not stop us from striving. God has not given us a spirit of fear, as Paul tells Timothy, but the Holy Spirit which comes in power and grants us the ability to do what God tells Micah to tell Israel, to do justice, love mercy and walk humbly with God.

A “Troubled History” Should Not Mean Total Rejection
LIFE UPDATE 3: Vacations & the Beginning of The Final Year.